Not Toying Around: 5 Reasons To Love The Modern Toyota Prius

Hybrid cars are no longer the future of motoring; they are very much the present. As such, more and more drivers are turning their attention to greener vehicles every single year. So when you’re in the market for your next vehicle, there’s a very strong chance that you’ll be eager to drive down this avenue. If you do, you will almost certainly come across the Toyota Prius. 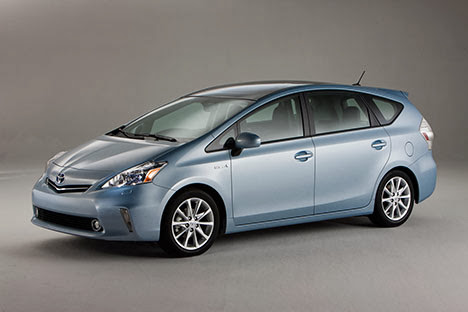 The Prius has undoubtedly been one of the key players in the popularity growth of hybrid and electric cars. That doesn’t necessarily make it a model that you should consider. However, these five factors do…

As with any new technology, the main fear of most consumers revolves around cost. Opt for the rapid supercars, and there’s a very good chance that you’ll be paying through the roof for your hybrid or electric vehicle. However, the 2017 Prius Prime starts at only $27k. Opt for a slightly used alternative, and you can find an even greater deal. We all have budgets to stick to. Knowing that yours won’t be blown away by the purchase is certainly a key selling point.

Before worrying about the protection of the environment, you should consider your personal well being on the road. As well as receiving great results at official safety testing, the Prius was also named WhatCar’s safest drive of 2017. Of course, you’ll still want car insurance and car accident lawyers to support you. Nonetheless, the awards received tell you everything you need to know about the safety of your passengers as well as yourself.

If you’re going to choose a greener car, you might as well choose one that actually serves that purpose well. Upgrading to a car that barely makes a positive impact is pointless. The Prius C has been winning awards for efficiency since 2012. So even if you opt for a slightly older version, you’ll be doing your bit for the planet. Progressions in technology from the Japanese manufacturing giant keep the Prius family at the top table of the fuel economy game.

The harsh reality of the hybrid arena is that vehicles won’t provide the same pleasures as traditional motors. However, Toyota has made huge efforts to improve the ride. The latest Prius boasts a better engine that offers greater e-torque while the brakes are vastly improved. Still, for the average city driver, the latest releases are perfectly suited for daily driving activities. At the very least, these models are far better than some of the comparable releases from other manufacturers.

As one of the pioneers in the hybrid playing field, the Prius is one of the most common models on the market. Over 3.9 million units have been sold worldwide, meaning that you’ll never struggle to find a great option on either the used or new marketplace. Likewise, the extensive choice of colors and interior elements are a joy to behold for most drivers. After all, you still deserve a car that puts a smile on your face. With those simple personal touches, this should not be an issue.