We’re told that self-driving cars are the future. Self-driving cars have been being talked about for awhile, with the advances coming thick and fast. Many of the major carmakers are getting in on the act. Even companies like Google – not exactly known for their automotive genius – are seeing fit to invest in this technology with the Waymo advances. 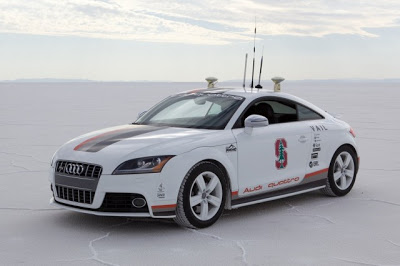 And as http://www.theaustralian.com.au/ shows, there are genuine fears from some countries that they aren’t joining in the development of this technology. So, obviously, the race is on and everyone wants to be a part of it.

Why the rush? Self-driving cars, so the idea goes, will change the way we use cars forever. No longer will we have to worry about the fallible human at the wheel. A car that drives itself doesn’t need to be concerned with anything but focusing on the road. It’s not going to get tired, have an argument with a passenger, or be distracted by worrying about an upcoming meeting at work. It can just focus on the road and everyone will be the better off for it.

Is that necessarily the case, though?

The problem with the idea of self-driving cars is, for people like us who consider cars and driving to be a hobby… well, they seem set on robbing us of the fun. Sure, a self-driving supercar would probably feel like a theme park attraction let loose on the roads… but it’s not driving. It’s not cars as we know it.

If you remove driving from cars, then what do you have left? Sure, there’s some pleasure to be had from the feeling of shiny newness after a trip to https://www.cardetailperth.com.au/ which would still be possible for a self-driving car. Oh, and sometimes it’s useful to be able to store things in the trunk that don’t fit in the house. However, that’s kind of it. Cars without driving might be more convenient when you’re tired, but they’re also lacking the excitement that traditional cars can offer. There’s only so many times you’re going to be amazed with the grace your self-driving cars moves through the streets.

It seems that passionate drivers are not the only ones with reasons to be sceptical. There are problems in the future of self-driving cars and – more worryingly – no one has come up with proper solutions to them yet.

Everything Has To Change

The forerunners to fully automated self-driving cars looked to solve problems. The BMW i3, for example, can park itself – you can literally get out of the car and let it sort itself out. That’s useful if your reverse parking isn’t quite what it should be.

However, what the i3 can do is focused within a real-world scenario. We already have to parallel park, so it solves a problem. There’s no need for a new road, new sensors, new methods of coping with tech faults – all things that are going to be required for self-driving cars to fully take control.

To fully integrate self-driving cars into the way we use our roads, the roads are going to have to change. This is a huge infrastructure project that many governments might not see the point of funding, so where is the money going to come from? It might seem like early days to be asking these questions, but it’s actually already too late. This is something that should have been ironed out before these cars made it past development stage.

Top of the list of concerns, however, is the blame game.

Thousands of people die every year on our roads. We all know this every time we step behind the wheel, but it seems so normal  that we just give it a pass. We accept that mistakes happen and – most frequently – the crash has been caused by driver error. On the occasional instance it’s the car that’s been at fault, we have an established system of recalling faulty models and issuing compensation to the people effected.

It’s going to be a minefield. Think of the headlines the first time a self-driving car crashes; it’s going to be given far more attention than the thousands of crashes that happen every year as it currently stands. Whether or not the industry is primed to deal with that kind of negative reaction remains to be seen, but it’s safe to say, there’s awhile to go yet before we should all get ready to relinquish our traditional vehicles.