Upcoming Porsche GT2 RS Will Be Most Powerful 911 Ever

We already know bits and pieces about the upcoming Porsche 911 GT2 RS but now thanks to Autocar, we can confirm that it will be the most powerful and extreme road going 911 produced.

It will be based on the second-gen 911 with some hardware from the GT3 RS and of course, rear-wheel drive with rear-axle steering. Along with this it will get Porsche Torque Vectoring, as well as a fully variable locking rear differential.

Power will come from a turbocharged flat-six engine that’s related to 911 Turbo S’s unit but has been ramped up to produce close to 700bhp.

Obviously this will equate to incredible performance with a 0 to 100 km.h time of around 2.5s expected.

It has been a while since we have seen the GT2 moniker as the last time it was used was on the 997-series model 7 years ago. 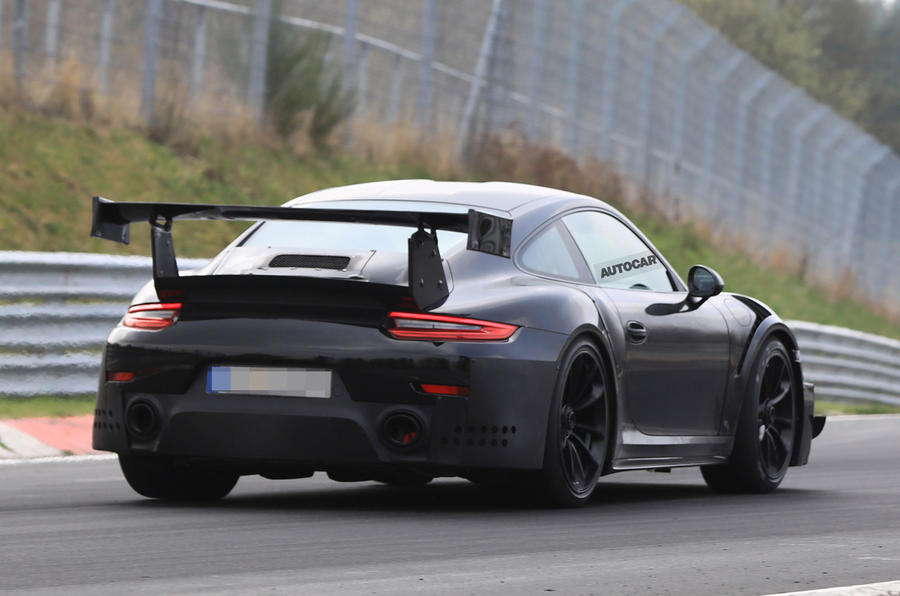