So, About that SUV Ferrari Is(n’t) Making…

A couple of years ago, the Ferrari design boss Flavio Manzoni made the company’s position on SUVs fairly clear. When asked if they’ve even thought about what a Ferrari SUV might look like, let alone if they were formally planning on building one, Manzoni said “never”. No uncertain terms there; this viewpoint was compounded by Manzoni’s insistence that Enzo Ferrari would turn in his grave if the company were to ever build an SUV. 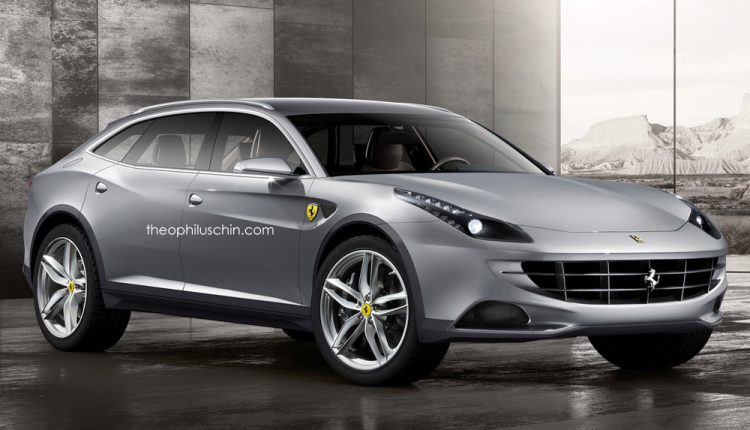 Makes sense, right? Ferrari cars are supposed to be two-door sports cars. Step outside those design parameters and you’re no longer left with something you can call a Ferrari. (This isn’t so much speculation as it is paraphrasing Manzoni’s actual words.) Yes, SUVs sales have been booming for the past few years, and they’re by far the most profitable vehicle on the planet. But they’re in violation of every Ferrari stands for… right?

Well, the existence of a Ferrari SUV, which the company once made out to sound like something out of a dark dystopian horror, may actually be on the horizon. Of course, they’re not exactly going all the way towards SUV; it’s more of a crossover vehicle. In fact, they’re even denying that they’re taking things that far. They insist that what they’re really developing is an FUV – a Ferrari Utility Vehicle. Due for launch in 2021, there are, understandably, very few details on it.

However, reports have strongly suggested that it will remain a two-door car… because the rear doors will be “cleverly hidden”.

Ferrari are clearly playing a semantics game here in order to deny that they are, in fact, building a four-door crossover that will essentially be an SUV. Don’t be surprised if the company do everything in their linguistic power to not refer to the vehicle as a crossover or an SUV. But why are they making such a move?

Maybe it’s less that SUV sales are so good and more that sports cars sales… well, aren’t so good. Sure, it’s still a massive and profitable industry, but sales are declining, and the long-term future doesn’t look anywhere near as rosy as it did just a few years ago. Maybe it’s because they’re not exactly getting cheaper. Maybe it’s because, unless you have a good car accident lawyer, courts and insurance companies always seem to assume that the person driving the sports car is to blame in an accident. Perhaps it’s because the things that people love abouts sports cars are now found in many luxury cars, performance cars, and even electric sedans at much more reasonable prices.

Perhaps, with any luck, we’ll be seeing electric Ferraris – something else the company has almost violently dismissed – at some point in the future. Although, by that point, Enzo Ferrari will probably be spinning in his grave so much that the kinetic energy will be enough to power the company’s vehicles for free. Not that they wouldn’t be stubborn enough to abstain from using such power for a decade or so.

In any case, it’s an exciting development. Perhaps Ferrari’s refusal to allow the terms ‘crossover’ and ‘SUV’ to enter into this discussion is forcing them to create something truly unique.