The Best Cars to Tune into Speed Demons

For those that have a need for speed, is there anything better than hitting the speed limit on the roads or exceeding them on controlled track days in a speed demon of a car? Yes, there is, actually. The only thing better for speeders than hitting top speeds in a car is hitting them in a car they have tuned and modified themselves. If this sounds like a venture that you’d like to take, then make sure to read on to find some of the best cars out there today that have the potential to be turned into speed demons after a bit of self-tuning. 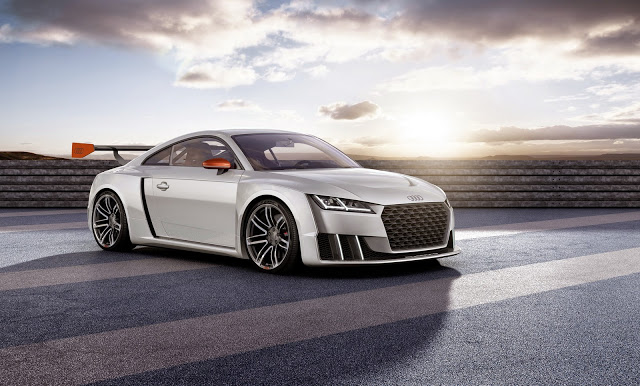 Tuning the Audi TT is something that you should most definitely take to doing if you are a serious speed-demon tuner. This is a car that has untapped potential when it comes to reaching dizzying heights and speeds on a track. To tune an Audi TT in the right way, however, you must ensure that you give the car chance to breathe. This means that you should plant a cool air intake and header-back exhaust system into it in order to allow it to combust fuel. When you do so you will see that you are able to get more power out of the vehicle than ever before. What you should also do is outfit this little beauty with a high capacity turbocharger — this is a mod that really just speaks for itself, is it not?

The Integra is the modifying choice of many — both novice and pro — even when inducing speed is not the main goal. But when this is the main goal, it’ll be hard to find a better car that will allow you do it. The Integra is a car that truly has the potential to become a speed demon simply because of the fact that it comes custom built in a sleek, streamlined fashion. It also has the potential to see its speed potential maximised because it is without a doubt one of the most solidly built cars of all time. And do want to know the best thing about choosing this car to tune into a speed demon? It is the fact that these cars can be bought for next to nothing. What’s more, because these cars are some of the most stolen in the world, you’ll never be left wanting when it comes to needed a specific part. However, be warned that a loud exhaust should most definitely be expected when you take to modifying one of these little classics.

Subarus come in all sorts of shapes, sizes, fashions and models. Most famously they come in the ‘hard-working’ fashion; as exemplified in the Outback and Forester models. But life’s not all about working hard, is it? Well, it’s not to a speed lover like yourself, anyway. And you’ll be pleased to hear that there are a plethora of far more ‘fun’ Subaru models out there. What’s more, there are ‘fun’ Subarus models out there that are just waiting to be converted into speed demons. The best model cut in this ilk is the WRX STi. With it’s ready-made grip, chassis precision that is the envy of most other cars and the ability to cover ground like no other, this is a car that, when tuned properly, can become an almighty speed demon. Just make that, when you do come to trying the speed of this one out, that you do so in a safe environment. This can be sad about all the cars on this list, but especially the WRX STi simply because of how fast it can become. So, why not take your tuned version of the car down to a Subaru track driving experience day?

Like the aforementioned Subaru WRX Sti, the Mazda MX-5 Miata is a car that has the potential to be a true speed demon when tuned. And it has the potential to do so for a number of reasons. One reason is because it comes ready-made with a excellent handling capabilities. Another is that it is a relatively lightweight vehicle. In fact, a number of MX-5s have been purpose built for specific and prestigious car races. So, if you want to work on a tuning a true speed demon over the coming summer months, then let it be the MX-5. However, when you do tune it, you have to do so correctly. This is a very demanding car, and thus demands only the best tuning skills possible. If you are an amateur in the world of motor modifications, then it’s probably best to leave this one to a professional. But that doesn’t mean you can’t watch them work and gets tips on how to tune it correctly, does it?

The Supra has vast amounts of potential to be a powerful performer on the race track. To unlock this potential, however, you are going to need a lot of spare parts. And, fortunately, in this area you are in luck. Like the Acura Integra, there is a huge aftermarket support for the Supra, meaning spare parts and accessories will always be on tap for you when you choose to tune it. However, unlike the Integra, this aftermarket support isn’t brought about because the car is prone to be stolen and it’s parts being prone to be sold off as a result. No, it’s because parts for the Supra are still made today, even though the car itself was made ten years ago. Why is this? Well, it’s because of the previously mentioned point that this is a car with vast amounts of performance potential. What’s more, it is deemed as being on of the most reliable sports cars to ever be released. So, if you want a safe bet when it comes to your tuning venture, but also one that will garner you fast results, then the Supra is for you. Just make sure to check this guide for advice on how best to tune one.

The Skyline GT-R that has been described as having ‘legendary’ potential for speed on a comprehensive list of the best cars to tune into speed demons. But what makes this car’s potential for speed so ‘legendary’? Well, one of the reasons may be because it came out of the factory in a bit of an underwhelming fashion, meaning potential was always going to be there. But this isn’t the only or real reason — not by a long shot. The real reason is because the ‘legendary’ RB26DETT engine sits under the hood. And when this engine sits under the hood of a car — as it does in the R32, R33, R34 and, of course, the GT-R versions of the Nissan Skyline — you know the car is going to be powerful. What’s more, you know the car is going to have the potential to be, potentially, the most powerful speed demon of them all. This is because this engine is known as a being of the hardcore, race-tailored kind and was in fact specifically built for races. The engine includes a six-throttle inlet manifold that helps it to produce power figures that are close to 260kw. As you can see, this is a car that truly has ‘legendary’ and powerful potential. But potential is nothing if it isn’t realised. So, it’s down to you to unlock it!

And to unlock the speed potential of any car through tuning, not just the GT-R, you’re going to need the right tools for the job. And you should know that these tools come in the form of both specific skill sets, and auto body supplies. Importantly, you need to have the skills and knowledge to tune a car; if you don’t, then you could end up damaging a car and, even more harrowingly, those that drive it. So, never, never, never tune a car that is far too demanding and advanced for your expertise. And never attempt a motor modification without, quite literally, having the right tools for the job in your tool belt. These tools include both simple supplies, and tailored tools. Make sure to do your homework on the ones you’ll need for your specific job.

Once you’ve chosen the right car for you — that being the one you want to devote your time (and finances) to tuning —  and you’ve got the right tools for the job, you’ll have the time of your petrol head life during the modifying process. And once you see the results of your car tuning, and feel them on a safe race track, you’ll ask yourself one thing. You’ll ask yourself why you’ve only ever bought fast cars in the past and never actually taken to tuning one before!

What To Do With A Vintage Sports Car; How To Restore A Classic

The Pros And Cons Of Popular Car Brands