Simple Steps To Save Money When Buying A Used Car

Buying a used car, in comparison to a new one, can be a whole lot cheaper. Although you need to be careful that “cheap” isn’t synonymous with “dodgy” or “dangerous”, you can find plenty of good deals around, many of which you can haggle to an even lower price. If you are in the market for a used car at a very good price, then follow these simple steps and you’ll be just fine. 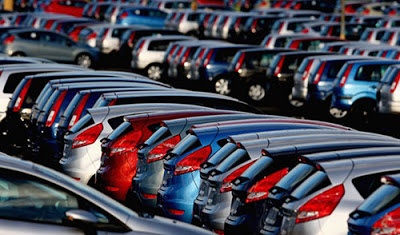 Make sure you look around as many people and car dealerships as possible, to try to find the car with the best value for money. Check newspapers, car selling websites, car dealerships, advertisements in your local post office, and even Facebook post. The more options you have, the high chance that you’ll get a really good deal. Make a note of the best prices that you can find, and ask someone with a car that you might like a little more to match the price. You never know, the car may have been on the market for a while, or they may need the money, so they may be happy to offer the same deal, to get the car off their hands

If you are a keen money-saver, you should never settle for the full asking price. People often ask for more than what they know a car is worth, hoping that they will get lucky with an inexperienced buyer, who is willing to pay the full price. If this isn’t the case, people don’t often try to haggle massive amounts of money off the asking price, so they still leave the deal with getting around what they wanted. Instead, you should keep pushing, until you are certain that they aren’t going to lower the price anymore. Take notes of prices that you’ve found for similar cars, and stick to the average when you are negotiating.

Don’t Be Put Off By Damage

When you are on the lookout for a new car, even one that’s been used, most people want the car that they find to look and feel as new as possible. If this is the case, prospective buyers tend to swerve cars that have any sort of cosmetic damage, as they don’t match up to the perfect “new” car that they are envisioning in their head. Avoid doing this. The price of scratch remover for cars is a lot less than the amount of money that you will be able to knock off the seller’s asking price for the car having such minor cosmetic damage. As long as the car runs well, and its engine is working fine, then simple things like fixing a dent or a scratch are nothing, especially when you can use them to reduce the price of the car.

Buying a used car can take a lot of time and effort, but in the end, it will all be worth it. The satisfaction of purchasing a good little runner at a great price will make you forget about all of the effort and haggling that you had to go through to get her. Now all you need to do is choose where you are going to take her for your first spin.