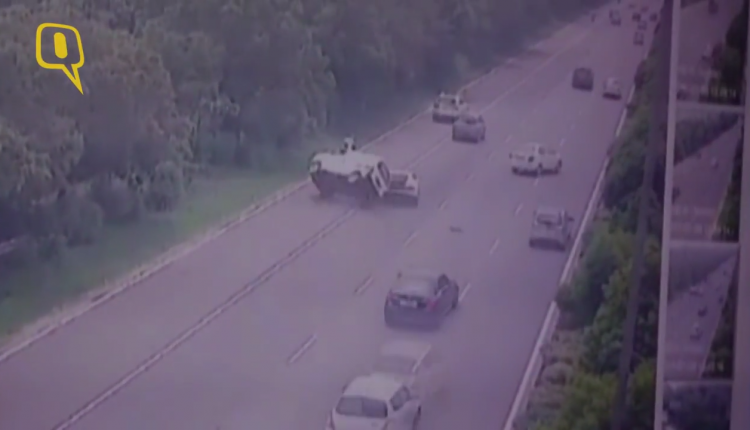 In the CCTV footage below a series of unfortunate events led to the death of the van driver. The incident took place near the Noida Expressway just outside New Delhi, India, on Saturday and the reports coming through make mention that the van rolled multiple times before coming to rest and sadly killing the driver instantly.

Now a report on TheSupercarblog says that the Lamborghini Huracan was speeding at the time of the impact but I have watched the footage a few times now and it does not seem to be speeding. The Suzuki Swift Dzire loses control in the fast lane forcing the Huracan to veer left into the van and thus causing the van to lose control and overturn.

RIP to the driver.