Volvo Aim For No Serious Accidents By 2020

Volvo has reaffirmed their plans to have no accidents or deaths in Volvo cars by 2020. It’s a bold move and one that has been on the table for quite some time. In fact, the plan was put in motion as early as 2007, in the early stages of automated vehicle development. Volvo were obviously keen to be one of the first producers to take aim at this plan and whether or not it’s going to pay off is debatable. 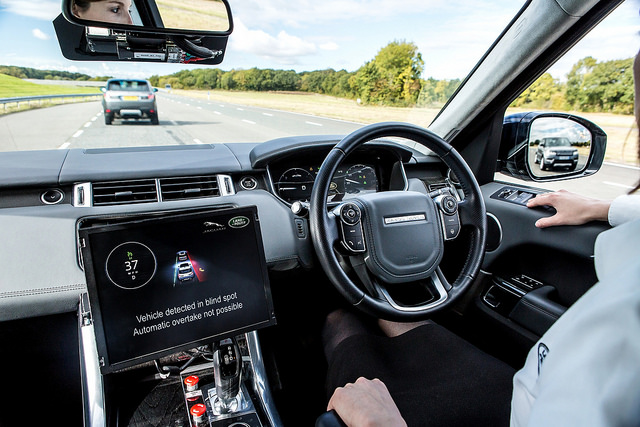 As recently as September 2017 Volvo commented on the promise but there are factors to be aware of that may put a spanner in the works for them. First, automated driving has not advanced nearly enough to be considered safe for drivers to rely on completely. In fact, there have been numerous widespread reports of automated cars crashing or indeed even causing accidents. The most famous being the Tesla automated car that crashed while the driver was allegedly watching Harry Potter. However, there’s a reason why the Tesla car crashed. They’re not really autonomous.

For a car to be truly autonomous it needs to be able to drive without any human interaction. That means that humans shouldn’t have to keep their hands on the wheel and they certainly shouldn’t have to be paying attention to the roads. After all, why would they? If the car is driving itself, there’s really no need for this type of interaction with the vehicle.

Except, there is, and Tesla knows this. Tesla know that the tech in their cars isn’t completely reliable. That’s why on their website it explicitly states that drivers should keep both hands on the wheel and maintain their attention on the road. In fact, Tesla suggest that their tech is only a way to take the pressure off drivers a little, not let them sit back and enjoy the ride. It’s quite similar to cruise control. The car may keep the same speed, but you need to keep control of the vehicle. Essentially, what Tesla are suggesting without saying it directly is that the driver is the backup system in case of a tech failure or emergency. Don’t forget, that the guy that crashed while watching Harry Potter had seven seconds to react and change the course of the car.

But again, this does demonstrate the point that, right now at least, we can’t trust the cars to drive themselves.

2020 might seem like quite a long time, but it’s only two years away. That said, tech advancements do occur incredibly quickly, and tech has been evolving at a rapid rate as of late. At the same time though, it’s difficult to ignore the fact that we need to see a serious upgrade to automated vehicles to feel confident about trusting these cars on the road.

That’s one of the areas that Volvo’s vision hits a slight snag. It may not be possible to reach the point in the development of this tech that we need to be at by 2020 to fully realize this idea. But even if it does, there could still be other issues that Volvo are overlooking.

Human error seems to be Volvo’s main reason for focusing on autonomous vehicles. With ninety percent of accidents on the road caused by human error, it does make sense to suggest that by removing the humans from the equation you can eliminate most of the problem.

But it’s impossible to ignore the fact that not everyone is going to have an autonomous car by 2020. Some people will prefer to drive themselves. Don’t forget only around thirty percent of people don’t trust paying for things through contactless options so you can imagine how most probably feel about cars that drive themselves. We don’t trust new tech immediately, and even if we did, it’s just not affordable. A lot of the self-driving cars on the market are incredibly expensive. Volvo have stated that autonomous tech will add around ten thousand onto the initial cost of the car and that won’t drop off for at least another ten years.

The issue here then is that there will always be other drivers on the road who don’t use the tech or don’t have access to it will still be a risk. They could easily crash into a Volvo car, causing a severe injury that an autonomous car won’t be able to prevent. Volvo seem to be putting all their eggs in one basket right now and even assuming that the own  tech is reliable could prove to be a mistake.

Volvo stated in 2015 that they would take full responsibility for any accidents caused by their self-driving tech. They haven’t backtracked so you would expect the tech to be foolproof. You would expect that there hadn’t been any accidents using it or any evidence that it wasn’t working. However, as late as 2016 there was a video of a Volvo autonomous car crashing into pedestrians while trying to self-park. So, it’s not just Tesla that have had issues with the tech, and it may suggest that Volvo are running before they can crawl.

There’s a strong likelihood that Volvo’s promise here isn’t as simple as it seems. You might think that if a car using their tech crashes into you, gaining compensation is going to be easy, but don’t count on it. We would bet good money that Volvo will have legal documents to ensure the only way you get money out of them is with a skilled car accident lawyer.

Volvo’s aim while admirable, at least right now, doesn’t appear to be remotely realistic. The tech isn’t advanced enough, and even their own variations of it have failed. Other drivers on the road will still prevent danger to Volvo drivers, and there is the other ten percent. The accidents on the roads that were not caused by human error. As such, there is no way that there will be zero serious injuries or deaths for drivers of a Volvo by 2020.