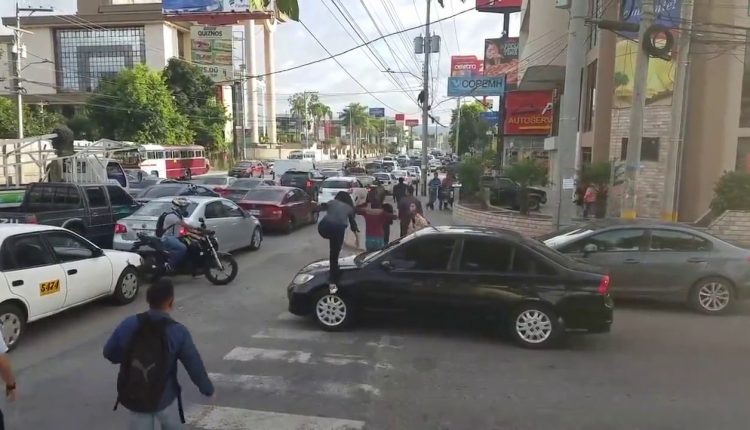 Every now and then someone get’s lucky and catches funny road rage moments and fails on their cellphone or dashcam which usually turns to thousands of views on YouTube.

We had a look through the archives and have put together a list of our opinion of the top 5 clips captured on camera (in no particular order). After watching these clips I think it is easy to answer the question, ‘Are Women or Men Angrier on the Road’?

The incident happened on the streets of Ontario, Canada and although the circumstances leading up to the fight are not captured on camera, what follows is typical Canadian with the “winner” of the fight shaking hands with the guy who came out second best.

It starts out with what looks like a little bumper bashing between a car and a van in Russia but what unfolds after the bump is hilarious. The driver of the car in front gets out to ask what happened when he is ‘attacked’ by Mickey Mouse, SpongeBob Squarepants and friends in a hilariously viral video.

This video surfaced recently and it shows two heavy Merc’s going head to head in an actual road rage bumper cars clip. The old ML and the G63 AMG repeatedly bash into each other while weaving through a convoy of rather expensive-looking cars, including a Rolls Royce. Are these just very rich friends playing games or are they properly angry with each other to the point where damaging their luxury cars means nothing? Both will certainly need to get in touch with their Car Insurance companies.

4) Pedestrians Over Bonnet at Zebra Crossing

We have all done it before where we stop a little over the ‘line’ or in this case the pedestrian crossing aka zebra crossing but these pedestrians were a little fed up with the Opel driver. Instead of walking around the nose of the car like the other pedestrians, they hop on to the bonnet to continue walking the line they have  the right of way to walk and hop off again. As you can imagine, the driver was not very happy about this.

In one of the funniest road rage clips we have ever watched a cyclist moans at a man driving too close to him in the United Kingdom. What unfolds is something that can’t be narrated but it does not end well for the bad driver chasing the cyclist.