The Best Cars On The Road

I’m sure we can all agree that there has been some truly great, and truly rubbish cars designed over the years. Some are real bangers that you’ll see in the street and be disgusted by. Others are truly amazing pieces of machinery that will leave your droolin. Then you have the everyday cars that sit in the middle, but still so many people love just as a little run around. But today we’re here to focus on the truly amazing pieces of machinery that are dominating the roads today. A few of them are head turners, a few are wonders in disguise. But we’d highly recommend you look into them if you’re searching for a new car anytime soon. We’re going to look at cars of all shapes and sizes, so prepare to be wowed whatever car you may be into. 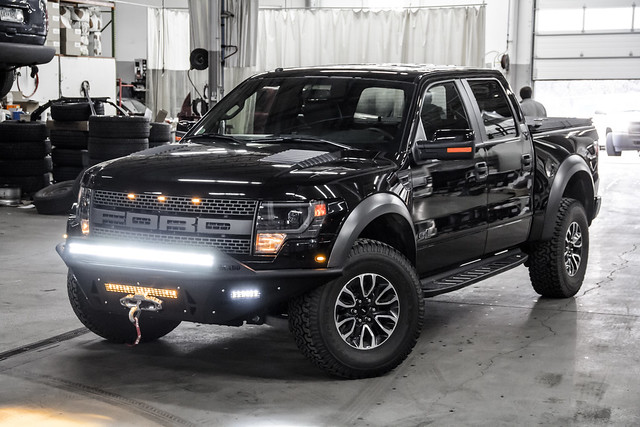 A car that easily dominates the roads in the US. It has always been a favourite, especially of people who live a bit more out in the sticks. 4×4’s have amazing capabilities, and a lot of them now have new technology that is helping them lead the race in car popularity. For this article, we’re going to talk about the Ford Raptors. Ford Raptors have been around for years. They’ve long been a favourite of many 4×4 lovers. They have amazing off road capabilities, and are now coming into the 21st century a bit more when it comes to technology. The latest models have had a suspension and engine upgrade. It makes the ride a lot more comfortable, and a lot more economical. That was always the downside to this car. They give you so much in terms of practicality, but when it comes to being economical, they really would drink up your fuel in no time. There’s also so many models of this particular 4×4 that has been produced this year. You’ve got the extra sporty ones which focus on power more than anything, then you’ve got the ones that add in extra suspension and other parts to make for a more comfortable ride.

The humble sports car has long dominated the auto world. Obviously this paragraph is aimed more towards the people who are sitting on a bit of money.  Sports cars whilst they are amazing, are also notoriously deadly. You’re at such a higher risk of being injured or killed at high speeds in a sports car than you are at any other point during driving. Car accident lawyers are seeing a spike in incident claims due to the fact some car manufacturers are no producing more affordable sports cars. But one that definitely isn’t affordable is the Rimac Concept One. It is a 1200bhp beast that is bound to blow your head off as well as your wallet. Each wheel is powered by massive batteries that are producing such amazing amounts of horsepower. The only downside to it is it is does recharging pretty quickly, so it definitely isn’t your everyday car that you’d take for a run around. All the components pretty much are designed by Rimac as well, which is unusual for a car company. They focus on producing high powered hybrid and electric cars, and boy have they done good with this one. Richard Hammond famously crashed one, which nearly killed him, on the recent shooting on the new Grand Tour series. The car then burned for a further 8 days due to the chain reaction of the thousands upon thousands of batteries inside the Rimac. The speeds you can reach are just incredible. It’s also incredibly quiet.

Hatchbacks are the favourite for the everyday car. They get people from A to B, and some of them do a bloody good job of doing so. There’s a reason why they’re so popular. They’re cheap, they’re easy to drive, they’re easy to run, and there’s a hell of a lot of variation to choose from. For the purpose of this article, we’re going to talk about the new Ford Fiesta line. This is one not a lot of people were happy about. The change in design had people talking, and not in a good way. But if you can look past the dramatic design change, then you will see a really good car behind it. A lot of them are built with the ecoboost feature, which makes them so much more economical. They also have the newest form of technology in them. Lane changing guidance, cruise control, heated seats, and even collision warning systems. The new Fiestas have definitely stepped up the hatchback game.