The Ford Bronco is Back!

At the 2017 Detroit Auto Show, Ford stunned the crowd by announcing that it would be bringing back the long gone but not forgotten Ford Bronco in 2020. With the announcement coming almost three years from any potential release date from Ford, fans of the Ford Motor Company and the sport utility vehicle market have been left clamoring for what to expect when the new and improved Bronco hits the open market. 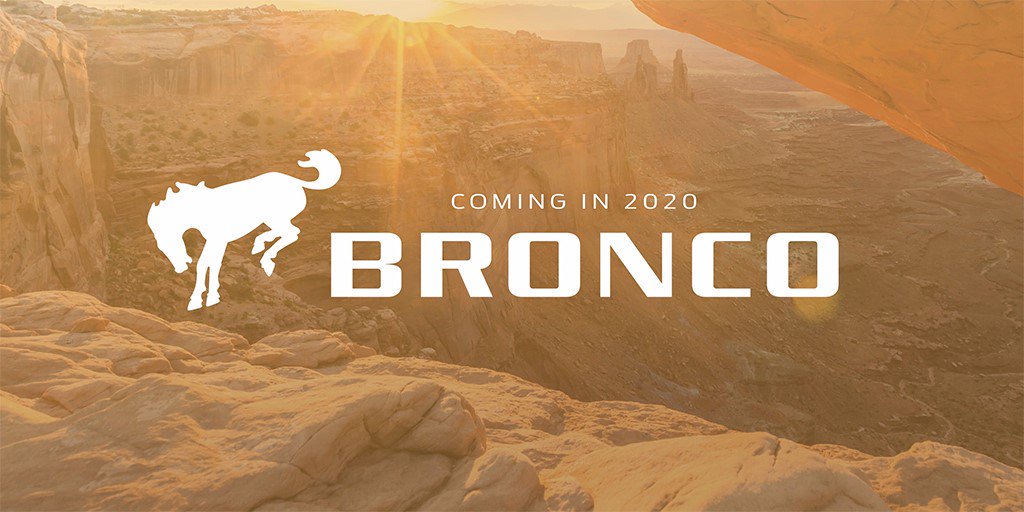 With perhaps one of the richest histories in the history of the Ford Motor Company, the Bronco was introduced in 1966 as a direct competitor to the smaller SUVs that were flooding the market at the time like the International Harvester Scout and the Jeep CJ-5. Their rise in popularity demanded that Ford build a competing vehicle. Initially offered in wagon, pickup and roadster versions, the Bronco underwent a major redesign in 1978 to make the vehicle much larger than its predecessors.

The new version of the Bronco created in 1978 is the version that most Ford Bronco aficionados remember with the larger frame and body, removable hardtop and swing open gate in the rear. The chassis of the newly redesigned model in 1978 took on the life of the Ford F-series of trucks and was fitted with a much larger V8 engine for more power.

During the 1980’s, the Ford Bronco was redesigned again to be shorter and lighter in the frame and body and more fuel efficient in the motor. While keeping the body style similar to the version from the late 1970’s, updates were made to the body and trim as well to bring it up to modern style. In the early 1980’s as well, Ford released the Bronco II as well that was much smaller than its big brother while sitting on the frame of a Ford Ranger pickup truck.

As the F-150 line of trucks from Ford changed in 1987, the Bronco would follow with changes to match the front end look of the new trucks. Ford changed the exterior look with better aerodynamics in the front bumper, grille, hood and headlamps. More styling changes would come from Ford in the Bronco between 1992-1996 to give the vehicle a more updated look.

With the changing of the times in the auto world in 1996, Ford announced that the Bronco would be discontinued that year. The final model was built on an assembly line in Venezuela in June of that year. Ford’s announcement to discontinue stunned many fans of the Bronco. But, with rival manufacturers coming out with larger new sport utility vehicles like the Chevy Tahoe, Chevy Suburban and GMC Yukon, Ford replaced the Bronco on the assembly line with the new Ford Expedition.

Now being vacant in the marketplace for over 20 years, fans of the automotive industry know that all things are cyclical. After being replaced in the market by the Ford Expedition and the Ford Explorer, those vehicles have seen changes over time as well as time has progressed. The Explorer, seen as revolutionary in its time when it was released, has undergone many changes from its initial design to now being considered more of a crossover sport utility vehicle. As things sit today, the market is once again begging for a uni-bodied sport utility vehicle that is up to the test of both on and off-road adventures and this is perfect timing for the Ford Motor Company to announce the new Bronco coming in 2020. One quick look at the top twenty best-selling vehicles in the United States shows that we are demanding more trucks and sport utility vehicles and Ford is taking that steam and running with it.

Since the announcement of the new and improved Ford Bronco to be released in 2020, a lot of speculation on the vehicle has hit the rumor mill. Little is known from Ford themselves, but some information has been put out on the new Bronco and it has possible customers excited for what is to come with the Bronco in a couple of years.

What we do know is that the Bronco will be expected to compete directly against the heavily market popular Jeep Wrangler. The Wrangler is a unique vehicle with pretty much a market all to itself and Ford is seeing the writing on the wall that they can compete with that market of drivers. Ford doesn’t plan on building a two-door throwback model of the new Bronco. But, they are looking at having the removable roof which will put it directly in a class with the Jeep Wrangler. For die-hard Ford enthusiasts, this would also be a great throwback to the original Bronco’s that were on the market in the 1960’s.

Due to its smaller nature in size and the following the release date as the newly remodeled Ford Ranger, the new Bronco is speculated to come with a similar engine and transmission options as the Ranger. The 2.7-liter Ford EcoBoost V6 would be a great fit for the new Bronco to give it both great power and four-wheel drive capability along with being fuel efficient. The same EcoBoost now comes available in some of the F-150 pickup models from Ford.

The only other knowledge from Ford is that the new Bronco will be assembled at their Michigan Assembly Plant in the United States. The vehicles will hit production lines as soon as Ford moves the assembly lines for the C-Max and Focus models to a new assembly plant in Mexico. With the rise in popularity of trucks and SUVs in the United States, along with the profitability of those vehicles, it makes sense for Ford to make that move.

Until more details and final photos of what the 2020 Ford Bronco will entail are released, fans of the brand and the model will be left hanging on what to expect from the new vehicle. Until then, they will be holding on to their hats in anticipation of what expects to be one awesome 4×4 sport utility vehicle!