Ferrari 458 Spider Massaged By A Crane Is Hard To Watch 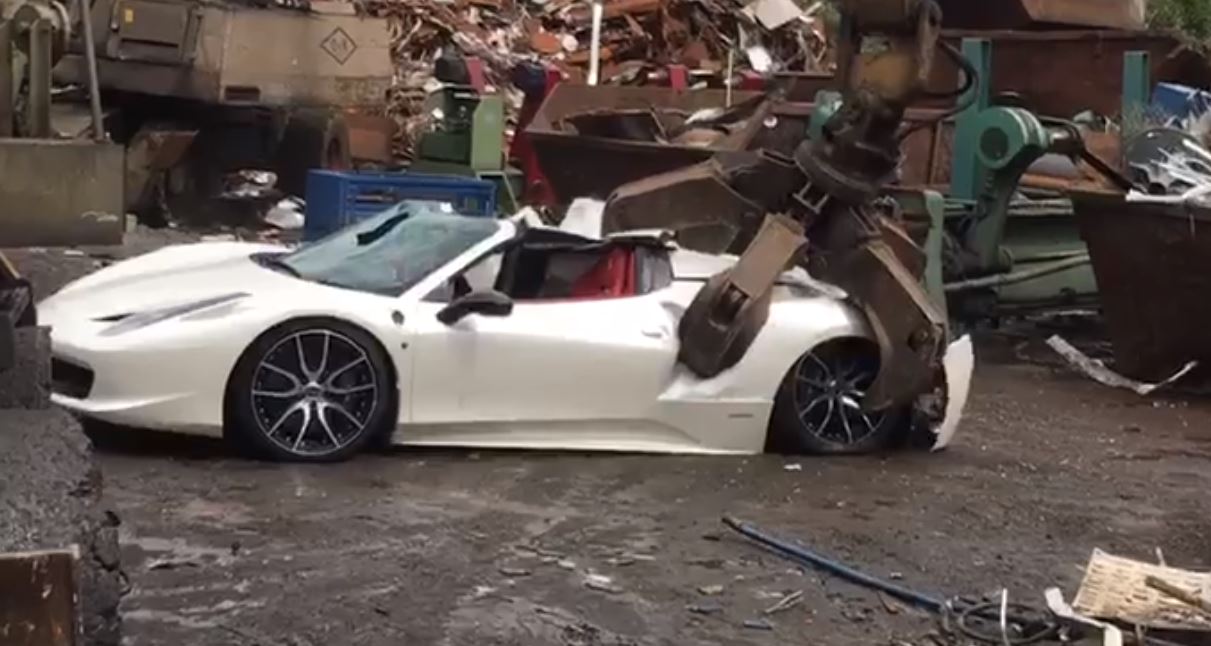 Massages feel great especially when you are stressed but seeing a crane massaging your Ferrari 458 Spider must be the ultimate stress raiser.

Birmingham Live reports that the police in England seized this nearly $300,000 Ferrari 458 Spider around this time last year on the suspicion that it was stolen, but that the owner said he bought the car at auction.

Police took the Ferrari to the junkyard for an number of reasons, according to Metro:

Zahid Khan said that he had bought it from a large auction company through a middleman and had official Ferrari parts fitted and that it was all above board.

However, he failed to show the proper paperwork so they took it off him and now video has been released of the car being crushed.

He went back to court with papers proving he owned the car, but it was too late and police said the car was crushed because it didn’t have valid insurance and was considered to be a ‘category B’ vehicle – officially classed as not being roadworthy, meaning the shell has to be destroyed.

When they say Category B vehicle, it is also known as a “break car” which means the car has been damaged beyond repair. The car parts can be sold online for a substantial amount of money but the car shell has to be destroyed if it is placed in this category.

The owner of the Ferrari actually uploaded the soul-destroying video to Facebook which can be viewed below where he claimed the “police crushed [the car] unlawfully.”