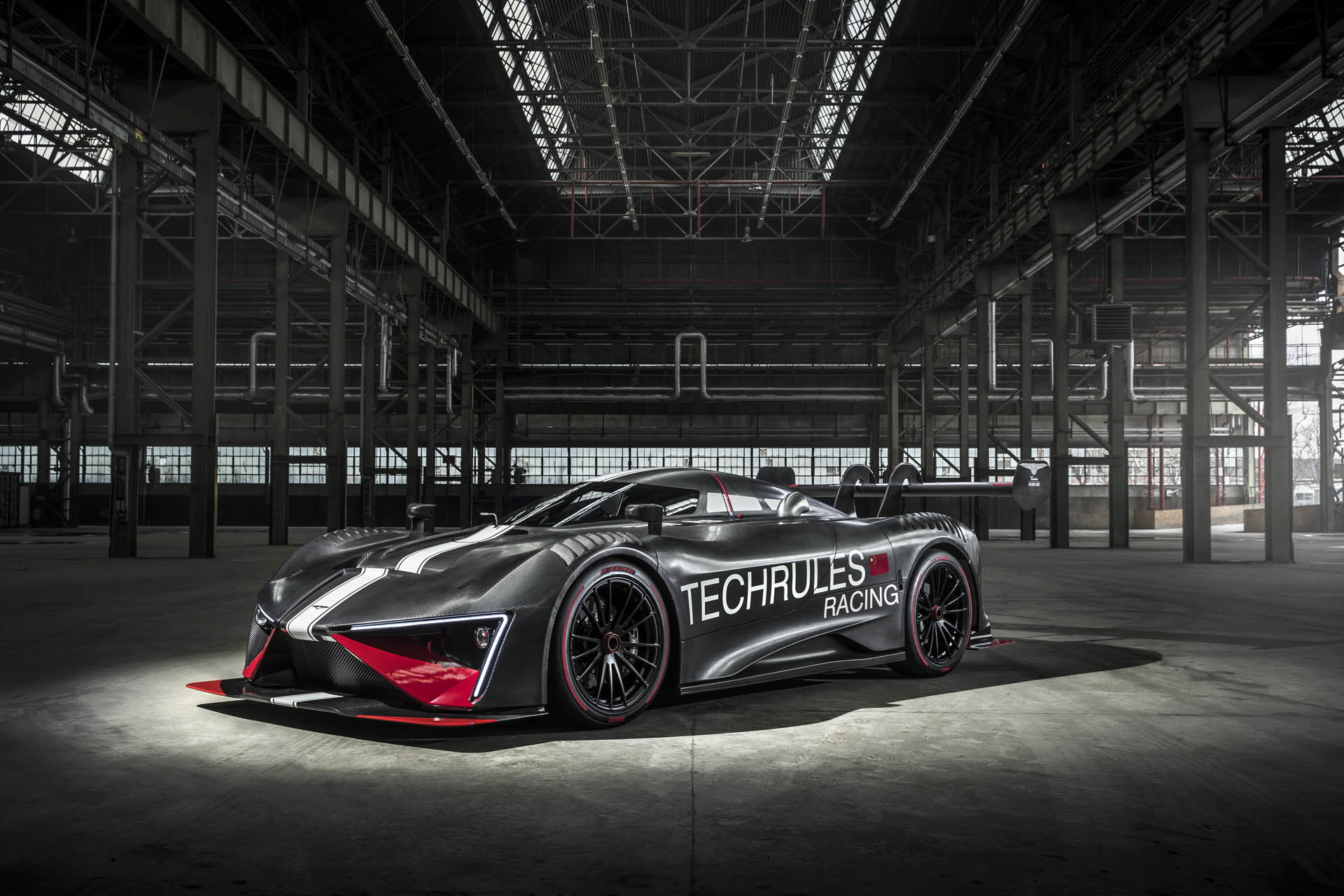 The single-seat supercar weighs 1,854 kg making it 31 kg lighter than an Aston Martin DB11 but with a power-to-weight ratio of 694 hp per tonne it is more than double that of the Aston.

When connected to a DC fast charger, the battery pack can reach 80% within just 15 minutes and they are targeting a battery lifespan of 100,000 charging cycles.

The car’s design has been inspired by fighter jets and was penned by GFG style.

Deliveries aren’t tied to a specific date, but Techrules plans to have customers in the driving seat within two years.