The Amazing Evolution Of The Tesla Cars

Tesla, Inc. is the renowned American corporation that specializes in energy storage solutions, electric vehicles and solar panels. Although it was founded only 15 years ago, the company has gained a lot of popularity in recent years. Due to the fact that fossil fuels are depleting and their use is leading to drastic climate changes, more and more people are investing in renewable energy sources such as solar or wind power. The company is named after Nikola Tesla, the physicist and electrical engineer best known for his contributions towards designing the electricity supply system based on alternating current.

In the year 2003, American engineers Martin Eberhard and Marc Tarpenning had the idea of reducing the world’s reliance on fossil fuels and founded the company with this mission in mind. The fact that some of the market leaders in the car industry were not focusing on the development or popularization of electric vehicles has only served as inspiration and motivation for the two. One year later, the engineers were joined by Elon Musk, and after an investment of over 7 million dollars, he became the Chairman of the Board. The primary motivation behind Tesla’s strategy of building sports cars was to diminish the stigma that surrounded electric vehicles.

In collaboration with the British automotive company Lotus Cars, they managed to develop the first sports car to be fully electric. The Tesla Roadster debuted at a presentation in 2006 and gained a lot of attention from the public. With a full battery charge, the car could cover almost 400 kilometres (250 miles). Its top speed was 201.1 km/h (124mph), and it would go from 0 – 100km/h (0 – 60mph) in just 3.7 seconds. Furthermore, the Roadster was equipped with an alternating current motor that was inspired by Nikola Tesla’s designs from 1882.

The company presented its next sports car during a conference in 2009, and it was made available for purchase in 2012. The Model S was not only cheaper than its predecessor, but it also had improved specifications. The battery would last longer, offering up to 510 kilometres (315 miles) of travel distance before needing a recharge. Acceleration from 0 to 100 km/h (0 – 60mph) would take 2.8 seconds—an impressive 0.9 seconds less than the Roadster. The top speed of the Model S was 249 km/h (155 mph), and the price started at $57,000, which was almost half of what the previous model would cost. 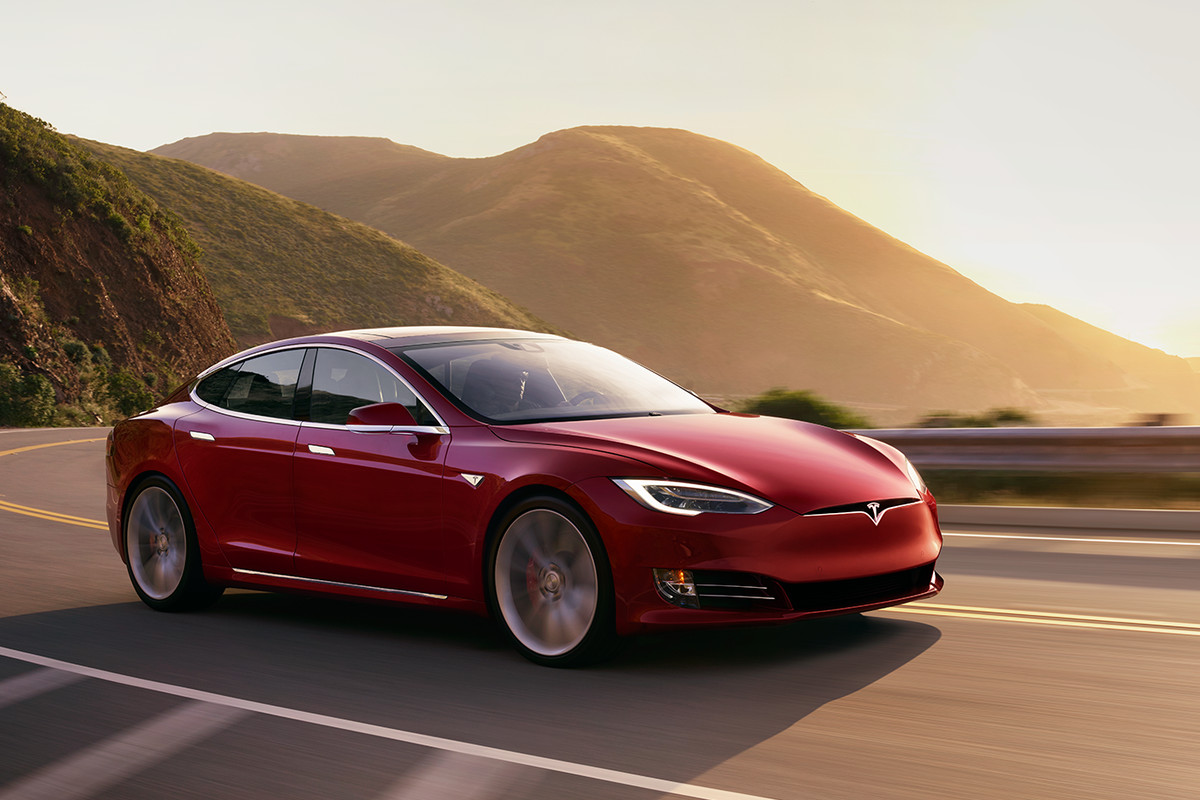 After experiencing some delays, Tesla’s third car was released on the market in 2015 under the name Model X. Although it was designed from the sedan platform of the Model S, the two cars share only around 30% of their components. With this crossover SUV, the company had luxury in mind, and the falcon wing doors surely add to the uniqueness of the vehicle. The Model X has the same top speed as the previous model, and other performance specifications were sacrificed in favor of comfort, safety and size.

In 2017 Tesla launched another luxury four-door sedan that is more affordable than the previous models, has a minimalistic design, and is equipped with a self-driving function. The Tesla Model 3 has a starting price of $35,000 for its most basic model, and in just one week after it was announced back in 2016, there were already over 325,000 reservations for the car. Although its specifications are not as impressive as the other models, Tesla’s main focus was affordability, and it was clearly a success.

The increasing popularity of electric vehicles

As the market expanded and the public became more interested in this technology, more and more people chose to switch to fully-electric vehicles. It seems that movie stars have taken a special interest in electric cars; a great number of them have been seen driving Teslas. One of the first celebrities to be spotted in the Model S was Cameron Diaz. This is the most popular model amongst celebrities, with the list of proud owners including such names as Ben Affleck, Morgan Freeman, Demi Moore, Matt Damon, Leonardo DiCaprio, and even famous director Steven Spielberg.

Tesla supercars are also noticeably popular throughout the poker world. Although the luxurious design would be most important factor for many people, some choose to acquire a Tesla for its minimal environmental impact. This is the case of Daniel Negreanu, one of the best poker players in the world, who is also known for being an environmentalist. Ever since he got his Tesla S model, Negreanu has declared his love for the car in numerous interviews.

One of the greatest contributors to the popularity of Tesla cars is the CEO himself, Elon Musk. He has been constantly increasing his company’s visibility through demonstrations and other media stunts, such as launching a Tesla Roadster into space as part of a project by one of his other companies, SpaceX.

So far, Tesla has gained quite a positive reputation, and with the unveiling of their new Roadster, they will surely attract a lot more interest from both the media and the public. The second generation Tesla Roadster is set to hit the markets in 2020.