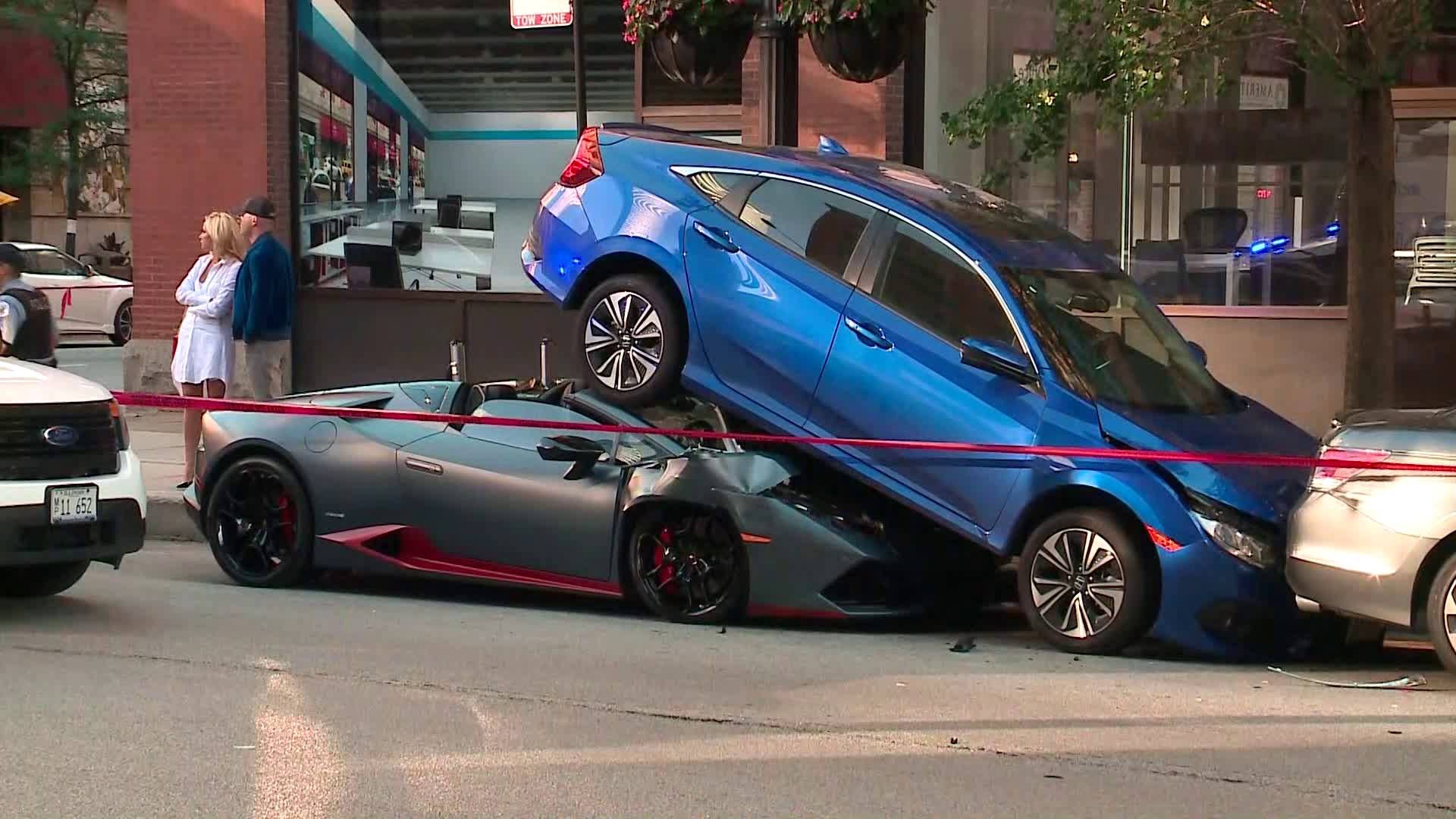 A Lamborghini Huracan Spyder suffered some substantial damage over the weekend after it slammed into the back of a Honda Civic wedging itself under the sedan in Chicago.

The reports (watch video below) mention that the Huracan was rear-ended by another car and rather than braking, the driver of the stealthy Italian supercar accidentally hit the accelerator, sending the car into the Civic.

From the pictures alone it is difficult to gauge how severe the damage is but we can see the passenger side front fender has been dented and bent and will need to be replaced. Unsurprisingly, the bumper has also been scratched and the hood damaged. The driver’s side half of the windshield has also been smashed.

The driver of the supercar was not phased at all about this incident and even mentioned he and his female partner would go shopping this week to find a replacement. 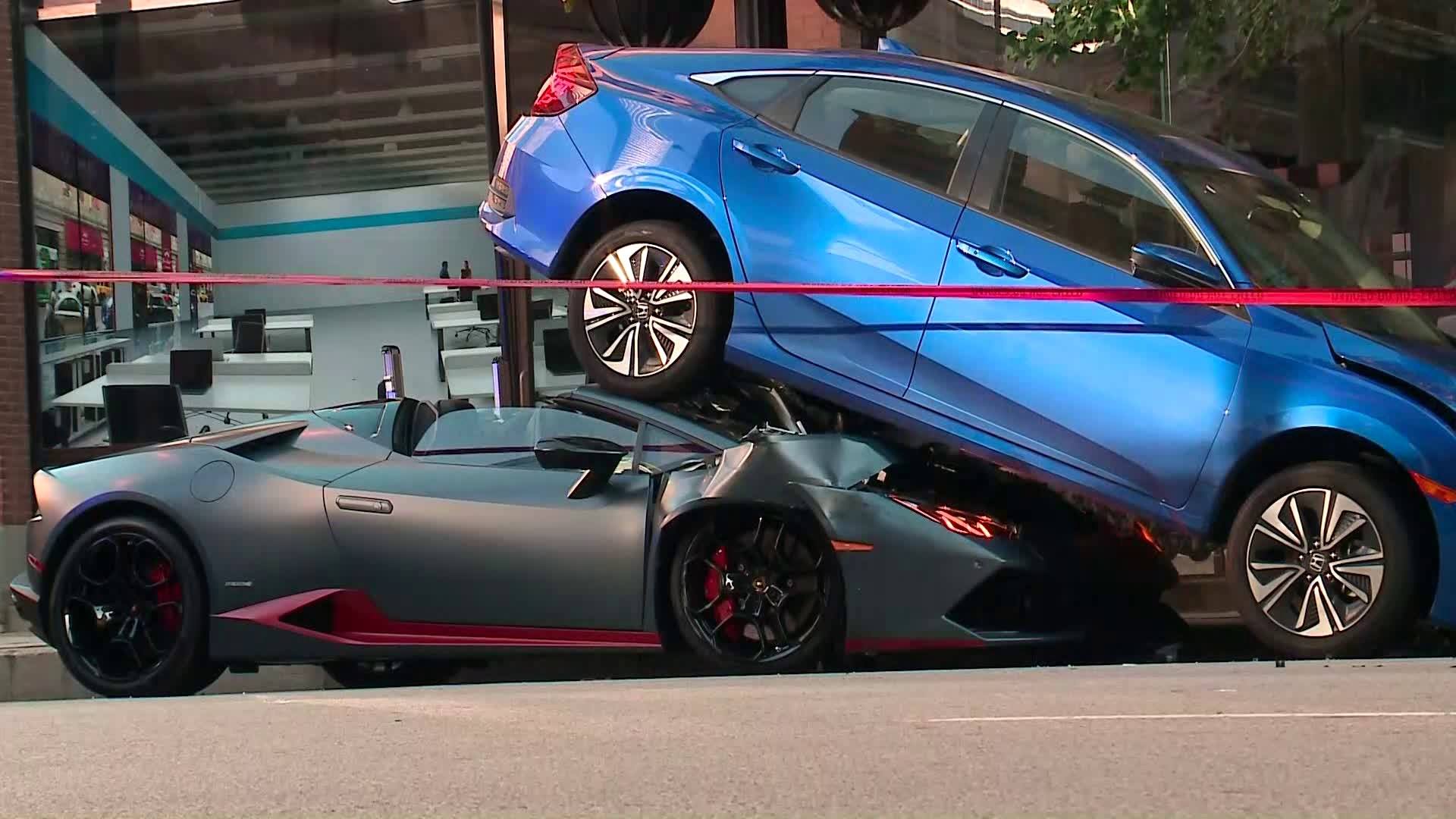 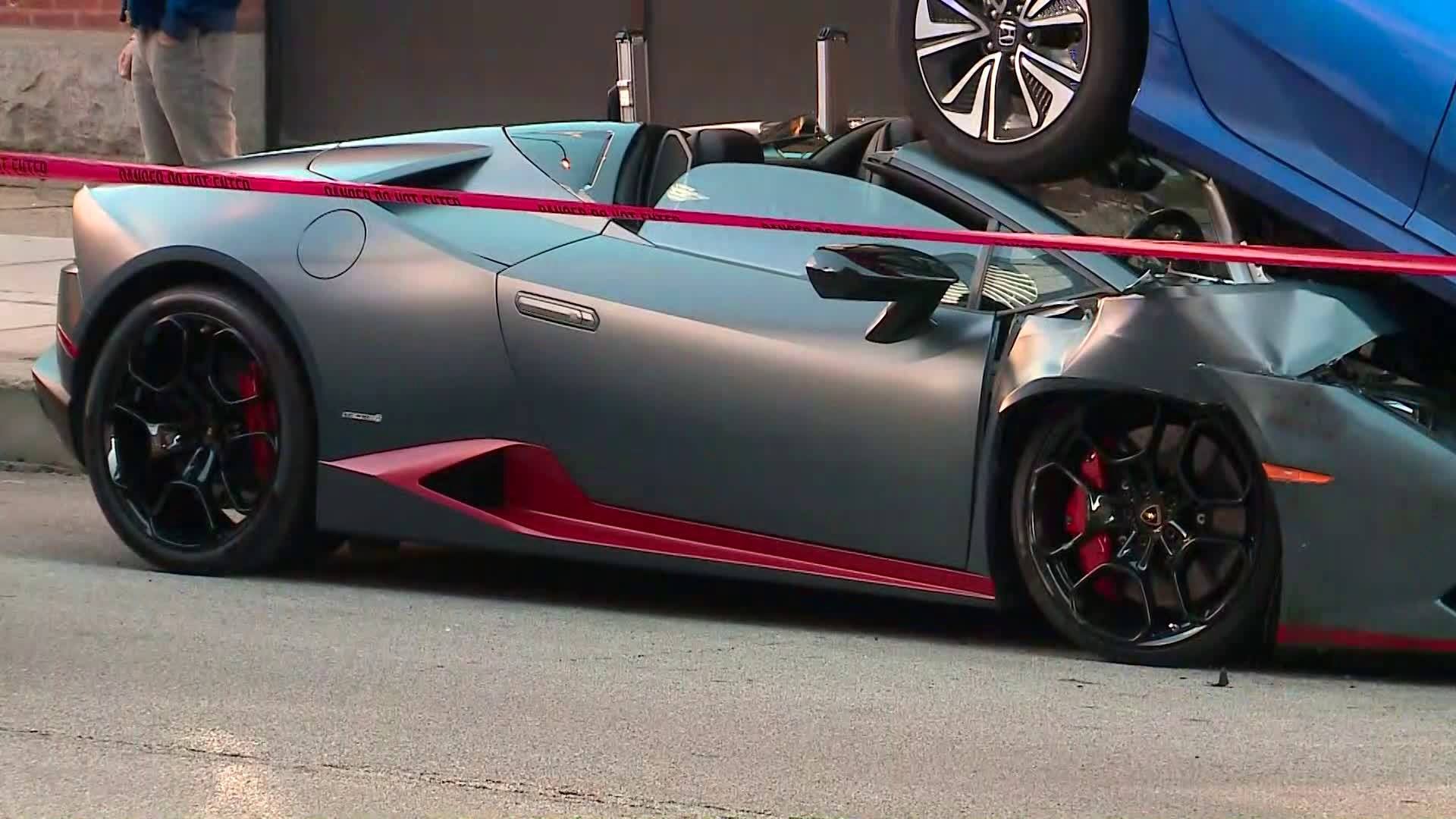