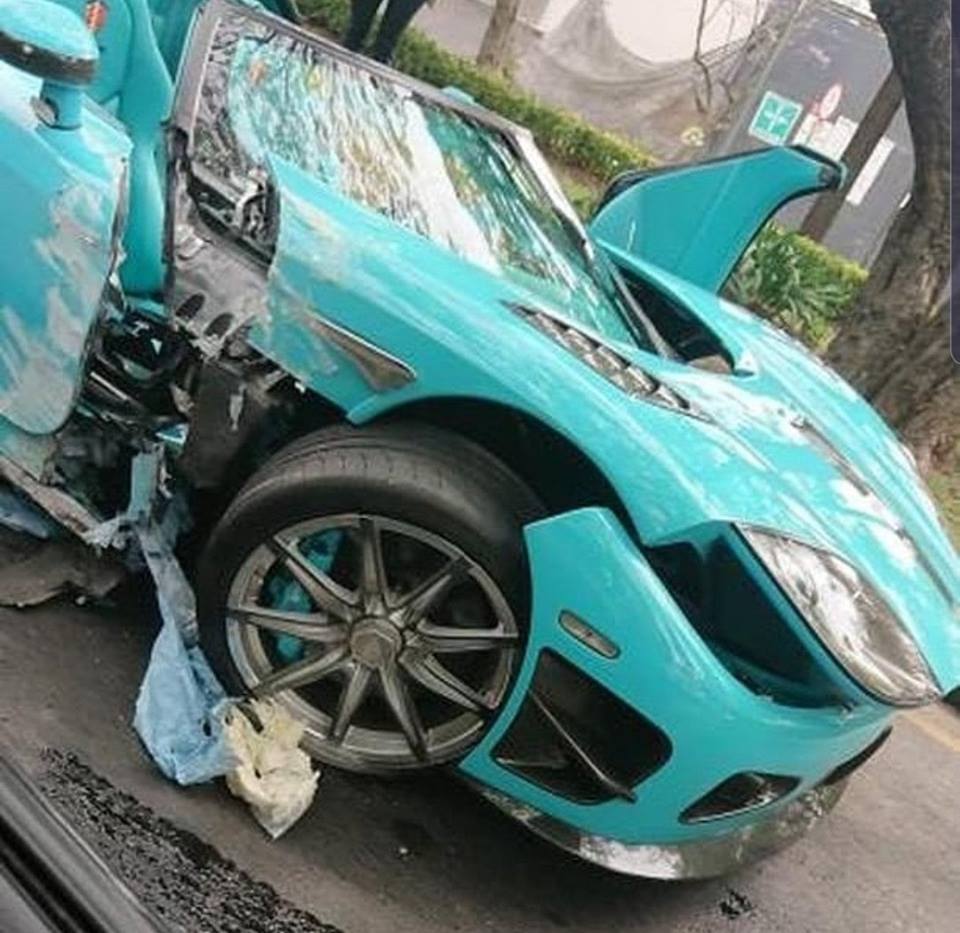 This particular Koenigsegg CCXR is a one-of-one ‘Special One’ and it was involved in a crash in Mexico this weekend causing significant damage to the unique creation.

What makes this CCXR so unique is its turquoise paint job and matching interior. It was once owned by the Al-Thani family of Qatar and seen throughout Europe and the UAE on multiple occasions but the latest owner known as don_koenigsegg on Instagram has had a bit of an oops with it.

It is not currently known why this happened but according to the owner, there were no injuries which is the most important thing. It will likely make its way back to Sweden where Koenigsegg will repair it back to perfection and likely make a few new additions or modifications to it.

As a reminder, it is powered by the same brutal powerplant as all other CCXR’s of which there aren’t many. Featuring the same engine twin-supercharged as the CCX but capable of running E100 ethanol fuel, the Koenigsegg CCXR including the Special One, delivers a mean 1004 hp, substantially more than the 795 hp the CCX runs off E85 pump fuel.