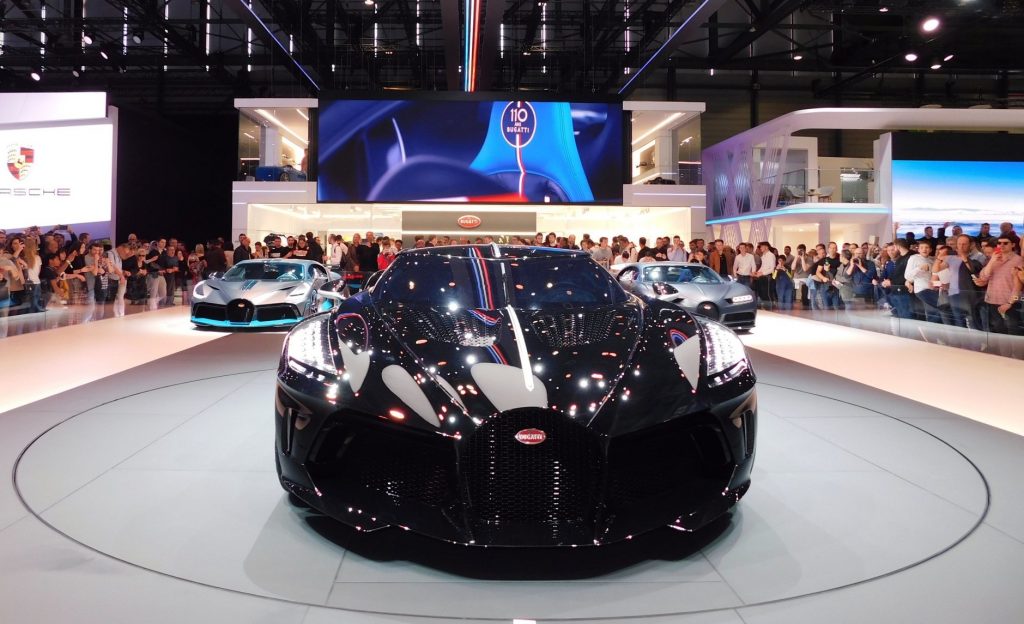 The Molsheim-based coachbuilder is well known for its high-speed sports cars that back a price so exuberant that you will battle to count the zeros on the end.

When it comes to hyper-expensive cars like the offerings from Bugatti, individuals who actually purchase their cars have a passion for or at least vehicles that will make a display of affluence.

A recent comment by a Bugatti spokesperson indicated that the average Bugatti customer has a total of 42 different cars in their automotive stable.

Generally, two of the 42 cars are from the Bugatti marque and you can bet they will be in some very special company.

The most recent example of the ultra-expensive brand’s offerings is the La Voiture Noire which sold for €16.7 million ($18.9 million). But, if you’re not posh enough to own the black car, perhaps the $5.8 million 1,478 horsepower Divo would be more up your alley. Still too expensive? Lowly peasants can consider the Chiron, a $3 million hypercar that also fulfills many individual’s need for speed.K

Bugatti has also identified that most of its customers don’t want to drive a gas-guzzling, 16-cylinder, quad-turbo monster around the city. In fact, some of its European customers may not be allowed to do so in the near future so they have announced plans to develop an “everyday” ultra-luxury car for its customers.