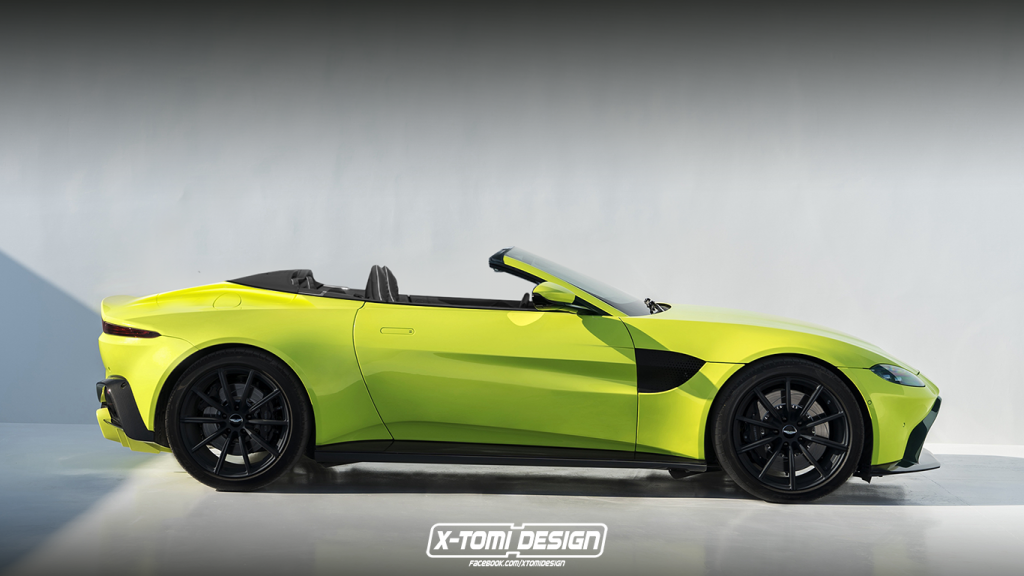 Aston Martin pulled the covers off the Vantage more than a year ago and now they have announced that the droptop counterpart will be unveiled in the following months.

While talking to Car Advice recently, chief creative officer Marek Reichman confirmed the roadster is “all done” and an official reveal is scheduled to take place towards the end of 2019.

That’s news. The bad news is a V12 version is probably not on the agenda, at least not for the time being. When asked about the prospects of a Vantage with four more cylinders, Reichman said that would be “too much,” although he admitted he’s keen on the idea of a V12 variant. No word about the much-awaited manual gearbox either, so it means buyers are stuck for now with the eight-speed automatic transmission.

The Aston Martin Vantage Roadster will use the same twin-turbo V8 engine as the coupe which means you will get 503 horsepower (377 kW) and 685 Nm of torque. It will be a tad heavier so will be a fraction slower in the sprint to 100 km/h.