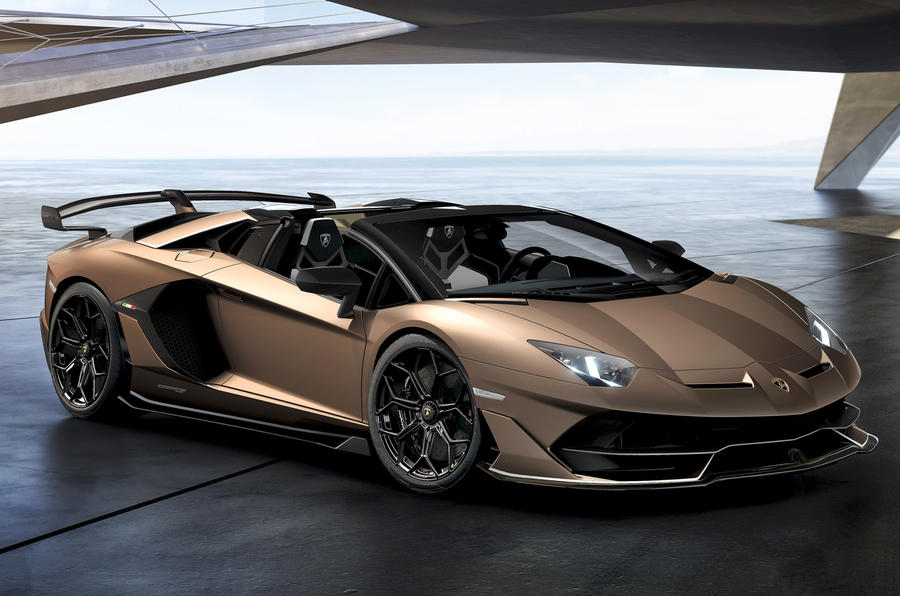 Ahead of the official press reveal tomorrow, Lamborghini has taken the covers off the drop-top version of the Aventador SVJ with the Roadster.

The new Aventador SVJ Roadster two-seater will be produced in a limited run of 800 units, and Lamborghini boss Stefano Domenicali said it would be “as fundamentally exciting to drive as the Aventador SVJ but with an added exclusivity: the option of the open air”.

It is fitted with a removable carbon fibre roof that is detached by quick-release levers in the cabin, and can be stored in a special compartment under the front hood. The mechanism weighs 50 kg, meaning the machine weighs 1575 kg, compared with 1525 kg for the coupé.

Lamborghini says the car’s performance and stiffness are unaffected by whether the roof is fitted or not.

As with the Coupe, the Aventador SVJ Roadster features the latest version of Lamborghini’s ALA active aerodynamics system, which uses automatically operated motors to alter aero flaps on the carbon fibre rear wing to vary aero loads to achieve high downforce or low drag.

The machine also has the same side air intakes and fins as the coupé, which both aid cooling and reduce drag. The firm claims the machine offers 40% more downforce than the Aventador SV Roadster.

The SVJ Roadster features an electronically operated rear window, which functions as a windshield when closed, but is designed to amplify the engine sound when open.