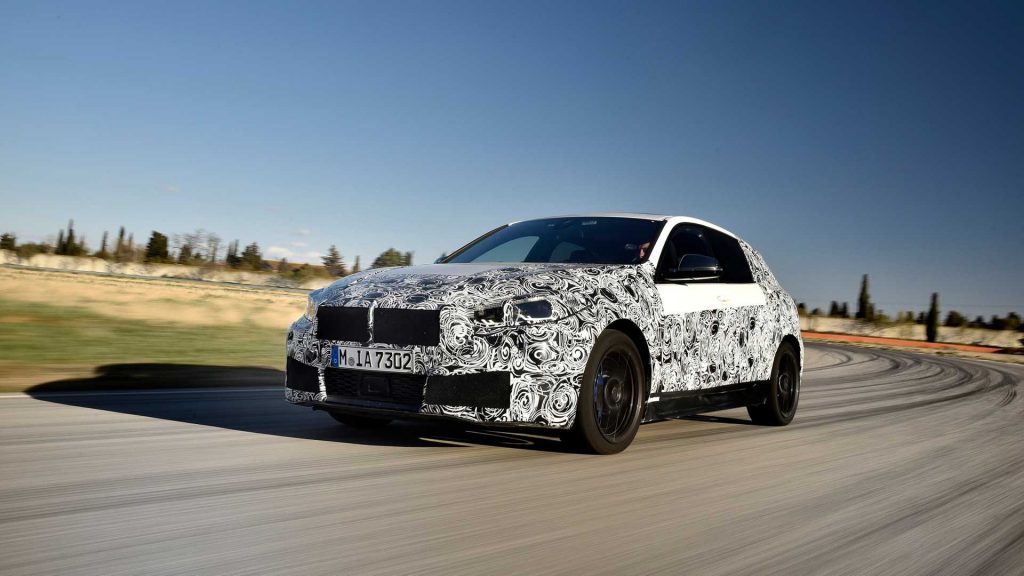 The all-new BMW 1 Series is inching closer to its world reveal scheduled to take place later this year as the company has confirmed they are busy with final testing. The model has been in development for the last five years, with the biggest change over the outgoing model obviously being the switch to a front-wheel-drive architecture.

BMW has published not only a generous batch of images with camouflaged prototypes, but it has also disclosed some preliminary details. In M135i xDrive guise, the next-gen 1 Series will be equipped with the most powerful four-cylinder engine ever installed in a BMW. It’s the same turbocharged 2.0-litre engine you’ll find in the X2 M35i and it develops an identical 302 horsepower. No details about the amount of torque, but we’re expecting the same 450 Nm as seen in the hot crossover.

Purists will not be too chuffed about the idea of a FWD-based 1 Series, the new platform has allowed BMW’s engineers to create a significantly roomier interior thanks to the new packaging.

Despite its FWD roots, the new 1 Series will be a “genuine BMW with an individual character,” according to Peter Langen, head of Driving Dynamics at the BMW Group. Borrowed from the i3s, the ARB technology refers to the actuator contiguous wheel slip limitation and is making its debut in a car powered by a combustion engine. It’s standard on the new 1er and encompasses a slip control system working together with the stability control system to significantly cut the dreaded understeer usually associated with FWD-based cars.

Expect the 1 Series to premiere in September at the Frankfurt Motor Show, unless BMW will be kind enough to show the car online sooner than that.