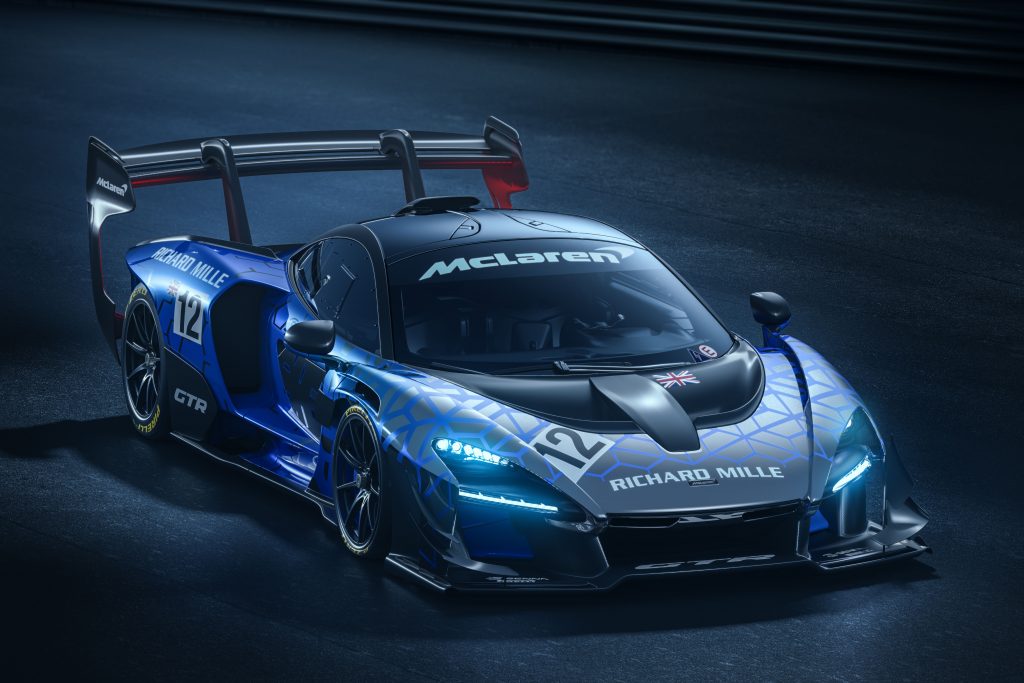 When McLaren first revealed the Senna to the world, it most definitely split opinions aesthetically. However, McLaren stated that the Senna was not built to look pretty but built to be quick. In other words, the Senna is pretty much as close as you’ll currently get to having a race car for the road. But if you purely wanted a race car, McLaren offered 75 very lucky customers the opportunity to purchase the very much track-focused Senna GTR. And this past week, McLaren unveiled the production version of this car to the world.

So, what makes the GTR different from the standard Senna? Well, for starters the power output from the twin-turbo 4.0-litre V8 goes up from 789 HP (588 kW) to 814 HP (607 kW), however, the torque figure stays the same at 800 Nm. The Senna isn’t exactly heavy, but removing all the infotainment and road-car gubbins from the standard car resulted in a diet of around 10 kilograms, meaning the Senna GTR comes in at a dry weight of 1188 kilograms.

Downforce is where the Senna GTR really comes into its own, though. At 250 km/h, the GTR produces 1 tonne of downforce ensuring that you’ll have piece of mind that the car will be properly stuck to the ground. In fact, the GTR is able to make effective use of downforce at speeds 15% less than the standard Senna. Did you feel that the braking power of the Senna was not the greatest? Don’t worry, because the Senna GTR’s airbrake has 20% more stopping power to ensure you shed off the massive speed the car will reach around a track.

The GTR will be sporting 285/650 section front tyres and 325/705 ones for the rear. That bigger airbrake will be assisting the bigger brakes too, 15.4-inch carbon-ceramic brakes as a matter of fact.

You will find that the Senna GTR has three driving modes: Wet, Track and Race. Because this is a fully-blown race car, the Senna GTR also has very little in the way of driver assistance, except for some stability control and ABS in ‘Wet mode’. The car also has a steering wheel based on the design of McLaren’s GT3 cars. The very cool folding dashboard display is gone, unfortunately, and will be replaced by more race-orientated displays.

As you would expect, all 75 of these cars are sold out and all at a price of £1.1 million plus taxes ($1.43 million; R 20.6 million). At this we are expecting two of these epic machines to reach the shores of South Africa and if we are very conservative on our estimate the landed price will be about R38 million after duties and taxes.