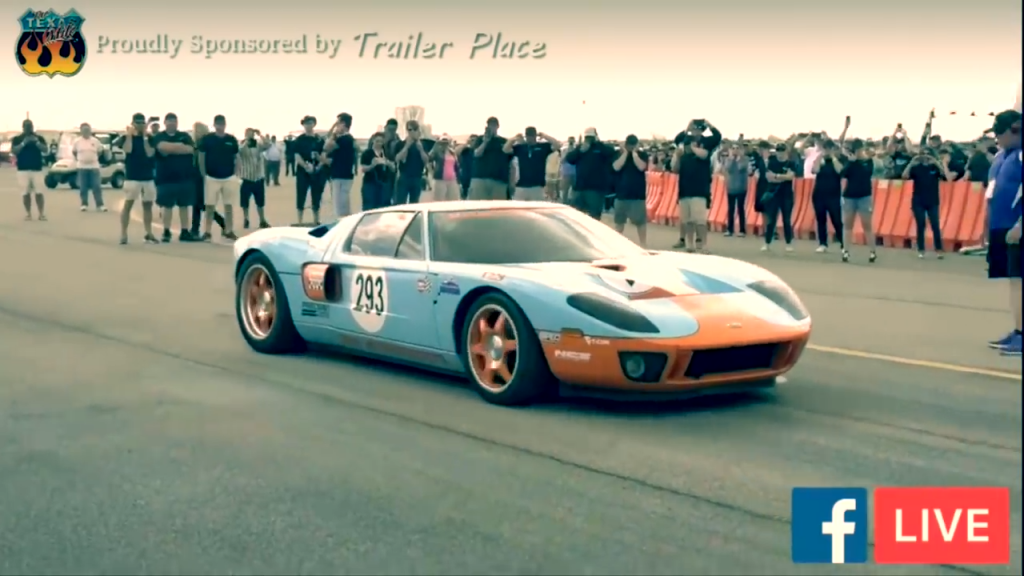 Ladies and gents, there is a new standing-mile top speed record thanks to this modified 2006 Ford GT. The car and its tuners, M2K Motorsports, eclipsed the hallowed 300 mph (482 km/h) mark.

The most important aspect of this feat is the fact that the GT is actually road-legal. As mentioned above the car is not stock so the title for the first production car to hit 300 mph is still very much up for grabs.

Notably, Koenigsegg, Hennessey, and SSC are eager to be first to 300 mph with a factory supercar.

According to M2K Motorsports, the modified Ford GT makes 2,500 horsepower at the crank and 2,000 of those ponies make their way to the wheels. The modifications done to the original 5.4-litre supercharged V8 are unknown, but the video is proof that this car is bonkers fast.

We are incredibly curious how M2K prepped the car for the top speed run, specifically, how the tyres handled the forces at such speeds. Bugatti previously said the Chiron supercar won’t go any faster than its limited speed of 261 mph because of tyre limitations.