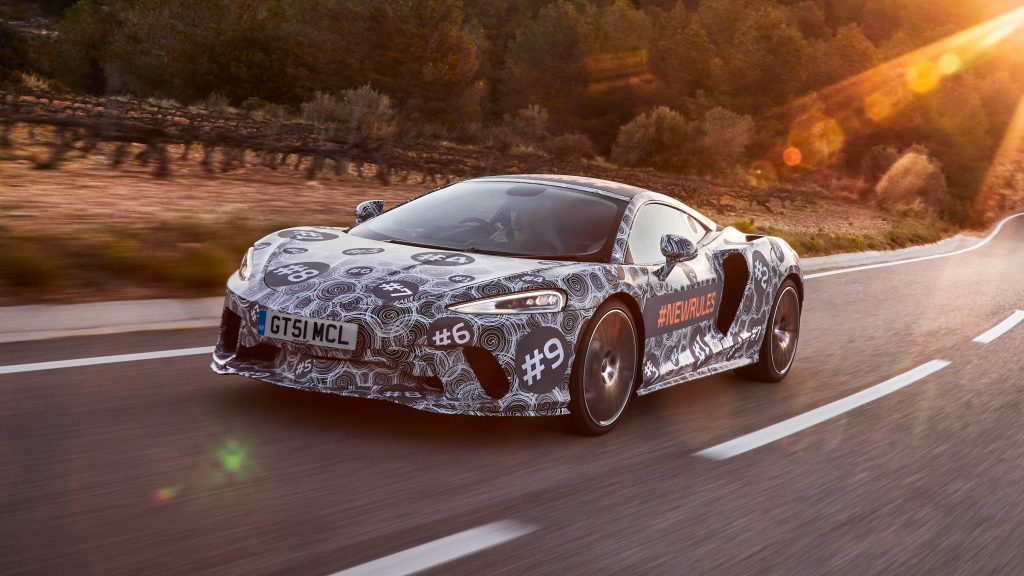 We just posted about the McLaren Grand Tourer being spotted in Paris and then the manufacturer fires out a press release about the “rule-breaking” creation.

It is set to be the fourth McLaren to be revealed under the Track25 business plan and will begin peeling off its disguise in May this year.

McLaren has removed the shape-changing, additional body panels previously used to hide the form of its imminent ‘Grand Tourer’ and although the lightweight body remains covered by a shrink-wrapped livery, we get our best look at the “sleek and boldly elegant design”.

The Development Team will run further validation tests, including a 1,000 mile (1,600 km) drive from McLaren’s development base near Barcelona, Spain, back to the McLaren Technology Centre in Woking, England. To be completed in one stint with two occupants and a full complement of luggage, this is one of many long-distance drives that will help the team to confirm the new model is both comfortable and refined over the long distances a grand tourer is expected to consume.

The McLaren of Grand Tourers will also be the only one to share its DNA with McLaren’s Speedtail but will not join any of the existing model series.