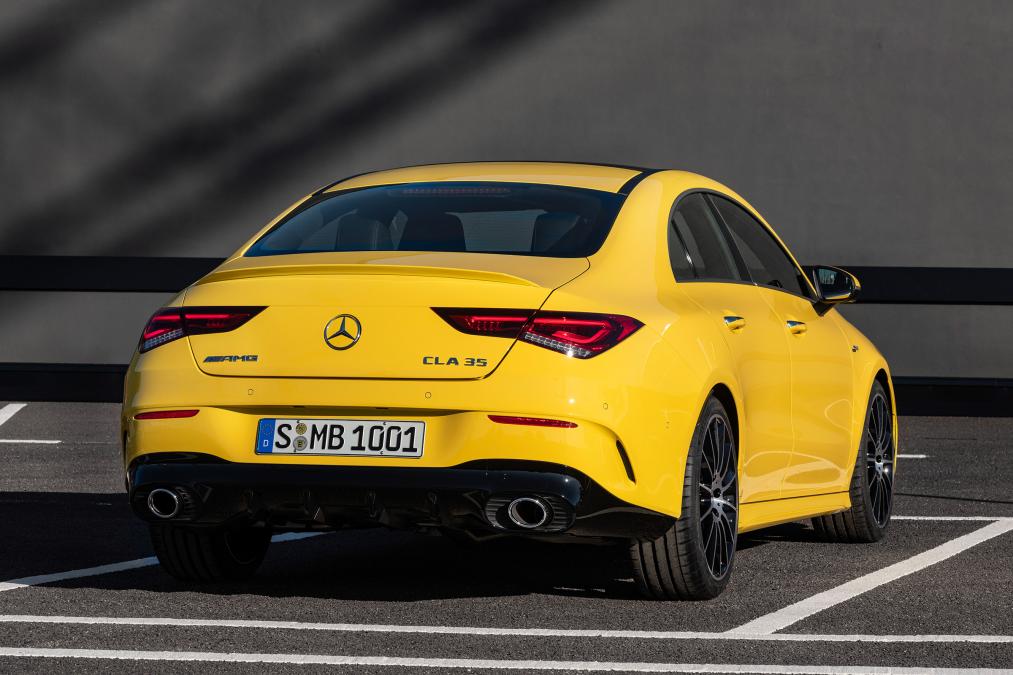 This is the new Mercedes-AMG CLA 35 making it the hottest version of the new second-generation CLA and will debut at the New York Motor Show this year.

It’s the third car to be announced for the new 35 line-up, alongside the new A 35 hatchback and saloon. Power-wise you get the same 225 kW and 400 Nm of torque from the 2.0-litre turbocharged four-cylinder distributed to all four wheels via a seven-speed dual-clutch transmission.