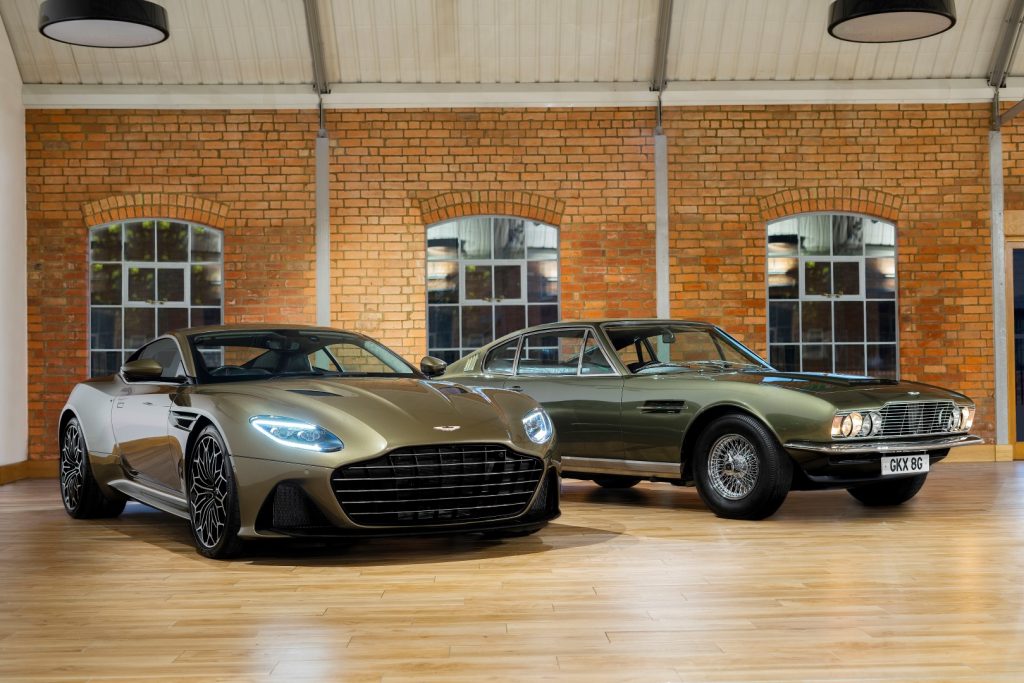 Aston Martin has close ties with James Bond considering 007 tends to choose the marque’s grand tourers as his main form of transport so this week they decided to reveal the ‘On Her Majesty’s Secret Service DBS Superleggera special edition‘, marking the 50th anniversary of the sixth Bond film.

Dubbed the ‘OHMSS’ edition for short, the special DBS Superleggera sports a spec inspired by the 1969 Aston Martin DBS that 007 drove in the film.

Externally you will notice carbon-fibre components for the front splitter and ‘aero blade’, special diamond-turned alloy wheels, a bespoke metal grille up front with six horizontal vanes, Olive Green exterior paint, body-coloured cantrails and roof, along with commemorative side strakes.

Inside, there is pure black leather with grey Alcantara accents, a nod to the original movie car, and red accents throughout the cabin which is said to be inspired by the red-trimmed glovebox in the original car that held 007’s telescopic sight rifle.

Power remains the same which means you get a healthy 533 kW of twin-turbo V12 power and 900 Nm of torque.

“Creating a James Bond special edition is always an exciting challenge as we work to create a car that embodies the legend of James Bond, and the original movie car. The DBS Superleggera is a muscular car that commands attention, but the Olive Green gives it a subtlety that belies the beast beneath,” said Marek Reichman, vice president and chief creative officer for Aston Martin.

They will be building just 50 units of this edition with a price starting from
£300,007 (note the cheeky 007). This would equate to about R7.5 million making it almost R2 million more than the regular DBS Superleggera.