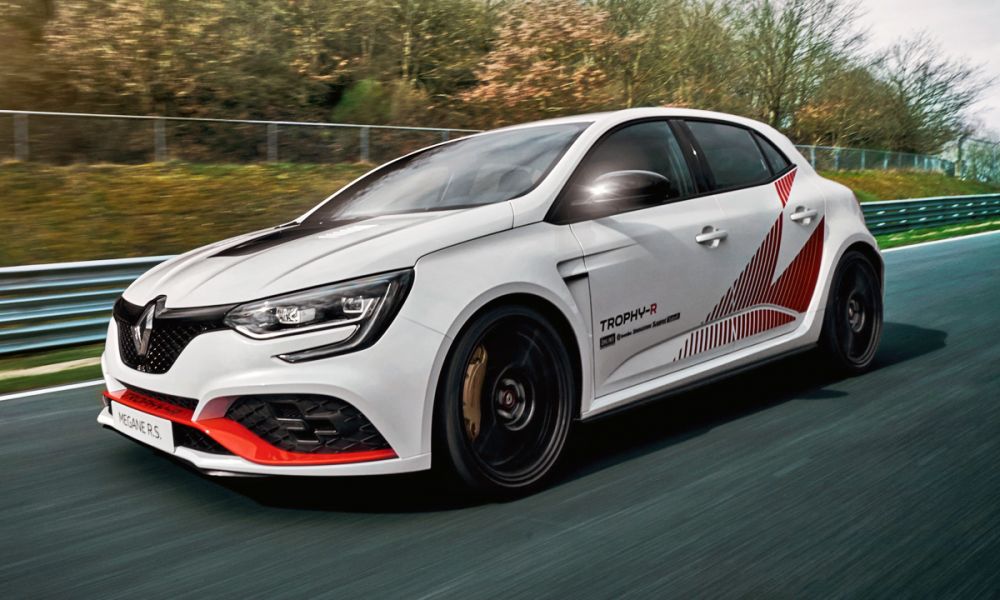 Two years ago, Honda had a crack at breaking the front-wheel drive production car record at the Nurburgring with the Civic Type-R and managed to do so in a time of 7 minutes 43.8 seconds. However, the Civic has just had to hand over the crown to Renault’s Megane RS Trophy-R.

The official record for front-wheel drive cars, around the 20.6 kilometre track at least, now stands at 7 minutes 40.10 seconds, beating the Civic’s time by more than three seconds. The official time for the whole lap length of the 20.832 km Nordschleife, however, is 7:45.389. The man who was responsible for setting this new Nurburgring record was Laurent Hurgon. Hurgon isn’t unfamiliar with the notorious German track, as he did a lap time in the previous-generation Megane RS Trophy-R in 7:54.36.

What powered the Megane RS Trophy-R to its victory at the ‘Ring? Well, the car has the same 296 horsepower (220 kW), 1.8-litre turbo engine that you find in the normal RS Trophy, however, the R has gone on a diet and as a result, weighs a significant 130 kilograms less than the Trophy. The people at Renault also fettled with the chassis to ensure the Trophy-R is as track-focused as possible.

Renault will only be making” a few hundred units” of the R version of the Trophy, so perhaps a handful will be making their way to South Africa.

Watch the record-breaking lap in the video below:

Renault
Share. Facebook Email Twitter LinkedIn WhatsApp Telegram
Previous ArticleAston Martin On Her Majesty’s Secret Service DBS Superleggera Special Edition Revealed
Next Article Get the Most Out of Your Pickup Truck With These Tips