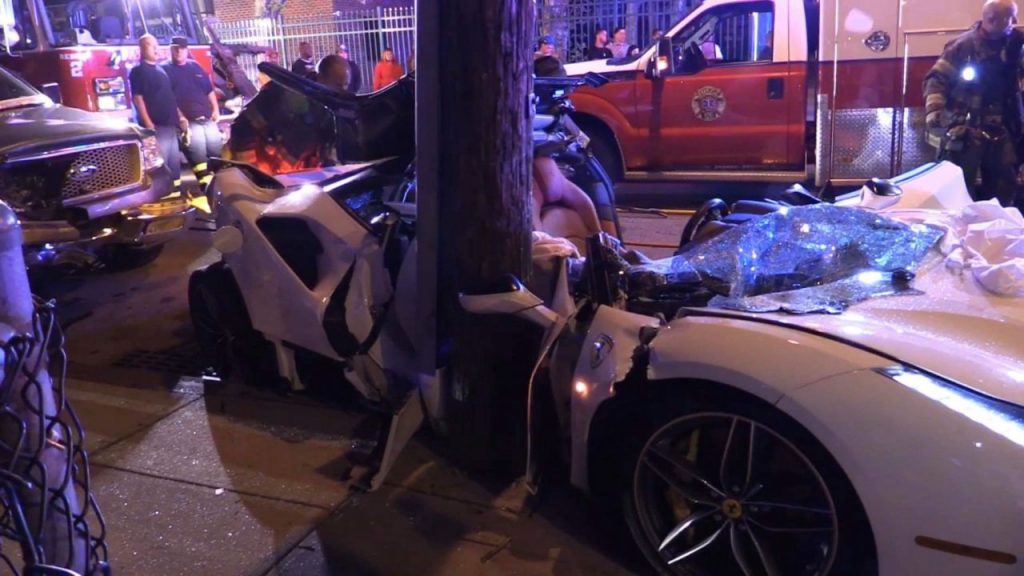 Things went horribly wrong for the driver of this Ferrari 488 Spider in New Jersey USA this weekend after the car slammed into a street pole trapping occupants inside.

It’s believed that the driver of the Ferrari lost control of the vehicle at a high speed, resulting in the crash.

According to preliminary reports, emergency responders rushed to the vicinity of Pearl and Carroll streets to investigate reports of a crash with injuries that occurred at approximately 1:20 a.m.

Rescue crews arrived at the scene and found a badly damaged white Ferrari wrapped around a utility pole with trapped occupants inside the vehicle.
Because the Ferrari was so badly damaged, firefighters had to take a saw to the 488 Spider before using the “Jaws of Life.”