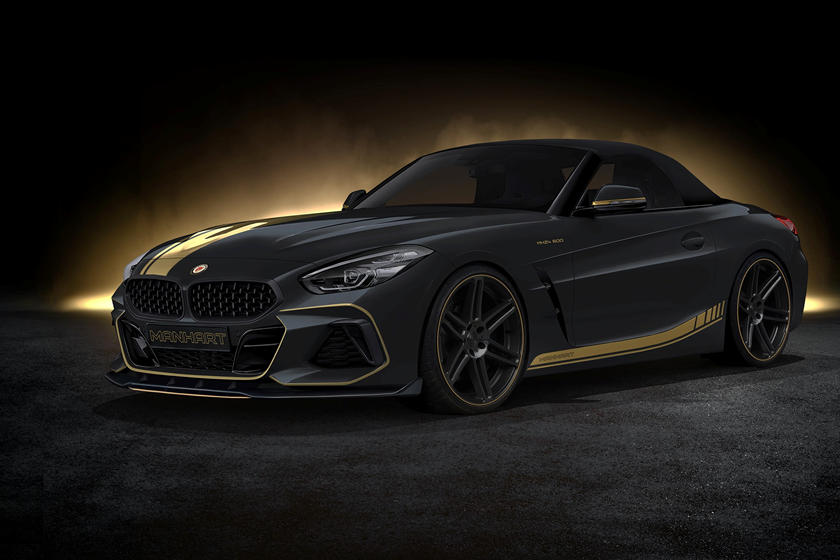 The German tuning manufacturer, Manhart, is known for its not so very discreet modifications on various BMWs. With their distinctive black and gold liveries, you are unlikely to miss one on the road. Recently, Manhart revealed that the latest Bavarian brute to get their special treatment is the new Z4.

While Manhart has only released pictures, we can already see some of the exterior modifications that will be taking place. A new carbon-fibre front splitter, rear diffuser as well as quad tailpipes can be seen. In addition to that, the car’s suspension has also been lowered and will be riding on larger, more dished Manhart wheels.

Manhart hasn’t released any performance figures for us yet, but we can have a good guess at how much power their Z4 will be producing. Considering Manhart are calling their creation the MHZ4 500, the car will most likely be producing around 500 horsepower (373 kW). The standard Z4 M40i produces 382 HP (285 kW), so 500 horsepower seems like a reasonable estimate.

We certainly cannot wait to see the finished version MHZ4 500 and who knows, perhaps one will see itself on some South African tarmac.