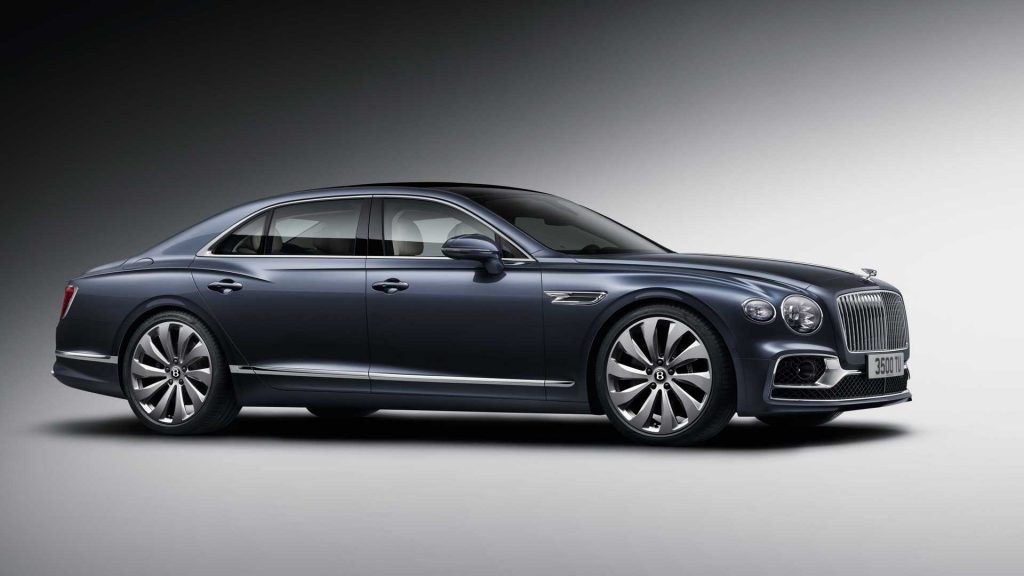 The Bentley Continental Flying Spur has been with us since its launch in 2005. Over the past 14 years, there have been various tweaks and upgrades with a revised version occurring in 2013.  But, as always, the world of automotive technology waits for no manufacturer, and so it was inevitable that Bentley would be making a brand-new Flying Spur. Well, there’s good news because that new car is finally here.

This time around, the Flying Spur is not 100% made in Crew. That is because underneath the new car you will find the platform of the Porsche Panamera. Considering both Porsche and Bentley are part of the VW Group, this isn’t surprising. Besides, why spend millions of Pounds designing a new platform when you have a very capable one at your disposal?

At the moment, Bentley will offer you their trusty 6.0-litre, twin-turbo W12 engine. The figures are as follows: 626 horsepower (467 kW), 900 Nm of torque, 0-100 km/h in 3.8 seconds and a top speed of 333 km/h. You will also find some of Audi’s TFSI technology in the new Flying Spur’s engine. Due to the car being built on the Panamera platform, it’s pretty inevitable that Porsche’s 4.0-litre, bi-turbo V8 will be placed in the Flying Spur at some point.

The car features an all-wheel-drive system and will shift through the gears using an 8-speed dual-clutch transmission. At 2 435 kilograms, it isn’t the lightest car in the world but despite it being a very much luxurious offering from Bentley, they will no doubt have made sure it isn’t completely rubbish around the bends.

Of course, this being a Bentley the interior is where things get particularly exciting (and expensive). Expect a similar interior to the Continental GT which will include the rotating dashboard which houses a 12.3-inch screen, an analogue compass, clock and outside temperature or simply a lovely wooden veneer. If the standard 10-speaker system doesn’t quite float your boat, then you’ll be happy to hear that it can be upgraded to 1 500-watt Bang & Olufsen system. Still not happy? Fear not, because Bentley also has a 2 200-watt, 19-speaker Naim stereo for your classical playlist.