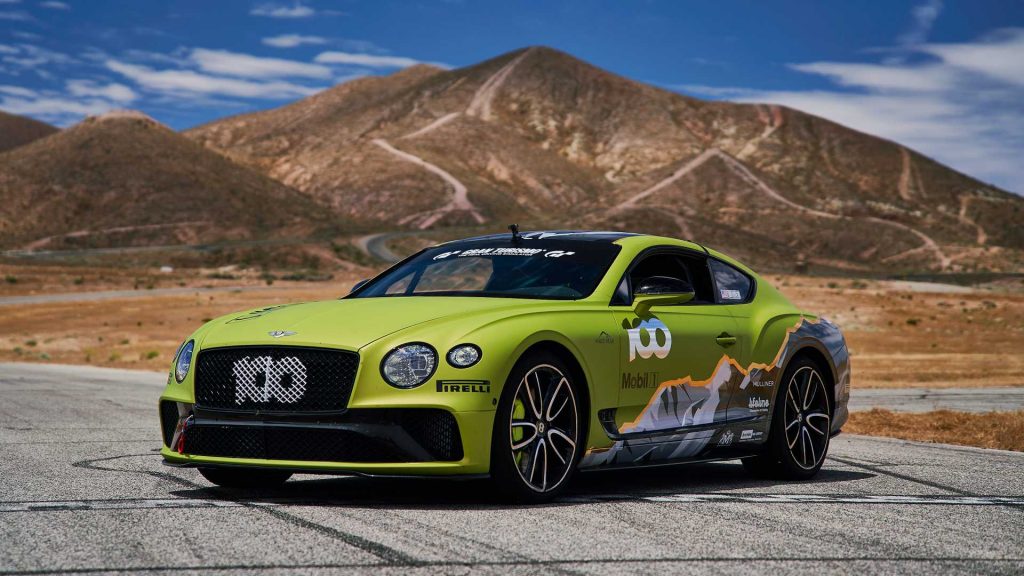 Last year, a few people at Bentley packed their suitcases and headed off to the notorious Pikes Peak in an attempt to break the hillclimb record for SUVs. Since the Crew-based automaker had a couple of Bentaygas at their disposal, they had a go and returned to England as victors of the hill, or peak in this case. This year, Bentley have increased their ambition levels and are aiming to break the production car record with the all-new Continental GT.

The current king-of-the-peak is a Porsche 911 Turbo S which set the record back in 2014 in a time of 10 minutes, 26.9 seconds. Considering the Continental GT weighs just shy of 2.5 tonnes, it will need every one of its 626 British horsepower (467 kW) from its 6.0-litre to gallop its way to victory. Of course, it also has four-wheel drive to ensure maximum grip at all times.

Besides the necessary safety equipment, the Continental that will be used for the record-attempt is as standard as any car you will find in a Bentley showroom.

The man who will be piloting the British beast is a man quite familiar with the challenges that Pikes Peak has to offer, multiple record-holder Rhys Millen – the same driver who soared the Bentayga up the hill last year. Experience is a very good thing to have in this case considering the course is 19.95 kilometres in length, starts at 2.8 kilometres and rises to 4.3 kilometres above sea level where you’ll find the finish line.

The event takes place at the end of June, with Bentley’s attempt planned to happen on the 30th.

Bentley
Share. Facebook Email Twitter LinkedIn WhatsApp Telegram
Previous ArticleThe Benefits Of Paint Protection For Your Car
Next Article Everything About Electric Jacks: What Are The Pros and Cons?