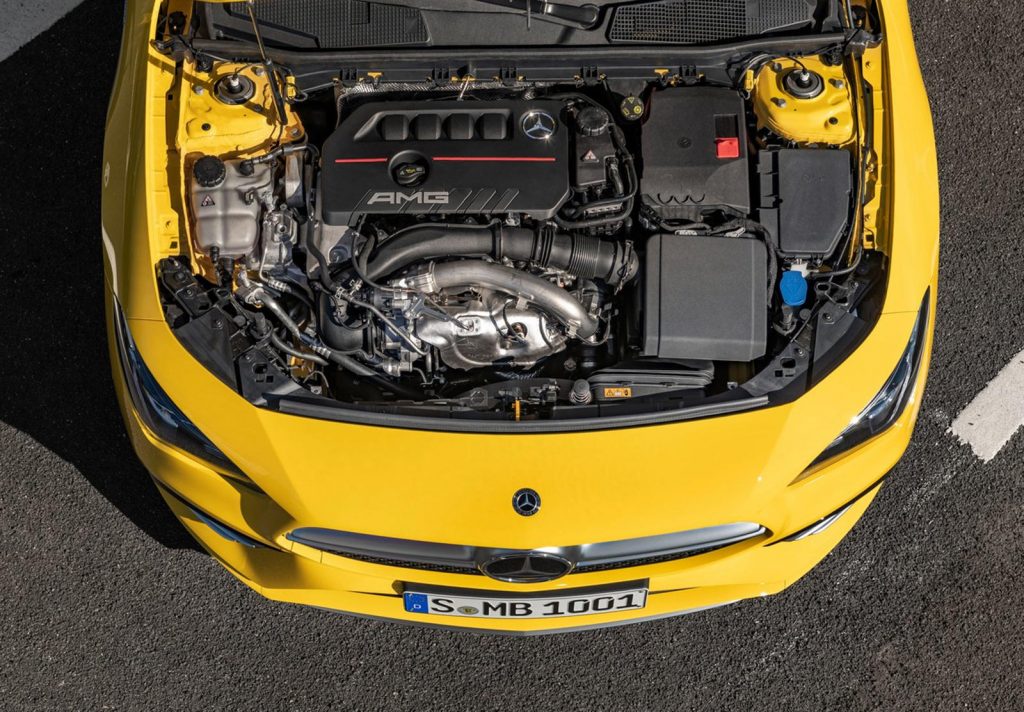 Let’s be honest. Mercedes-Benz is really pushing the technological and physical boundaries of what a 2.0-litre engine can produce and indeed endure. Just last week they revealed to the world the most powerful production 2.0-litre engine ever made producing a rather substantial 416 horsepower (310 kW). As it turns out this pursuit of power isn’t ending there because in a recent chat with Car Sales, Mercedes-AMG’s head honcho of engine development, Ralph Illenberger, hinted that more power is on the way.

“There will be more to come,” said Illenberger. “There’s always room for improvement. But 416 hp is really quite a high number, especially when it’s also street-legal. That was the challenge. We’ll see what the future will bring.”

This has raised a few questions though. The main bones of contention being whether an engine like the M139 will remain reliable and whether it will retain the character a turbo-charged engine of this nature is prone to possess.

According to Illenberger, anybody who purchases the car can sleep peacefully at night. Service intervals are the same as the M133 (20 000 km or 12 months) and so too is the life span (about 250 000 km). Mercedes are able to maintain this by giving the 4-cylinder engine thicker cylinder walls and a closed-deck aluminium crankcase that is chill-casted. In addition to that, there are baffle plates that prevent oil from splashing everywhere in the stump as well as a new oil cooling system, an on-demand high-capacity water pump, and independent cooling systems for both the block and head.

Another issue is that it feels rather unnatural when engines rely so heavily on boost to produce their oodles of power. Mercedes have got you covered there as well. The M139 deals with this problem by delivering more low-end torque, reducing turbo lag and by providing a more linear torque curve.

Illenberger said, “The torque curve is improved. The old one was flat and like a diesel. The new one offers more torque at lower rpm – it’s no longer flat but shaped. There’s pretty good acceleration at 1500 rpm. Acceleration at 3500 rpm is much better. You’ll notice improved driveability and it revs further too.”