One-Off Ferrari P80/C Spotted On The Run at Monza 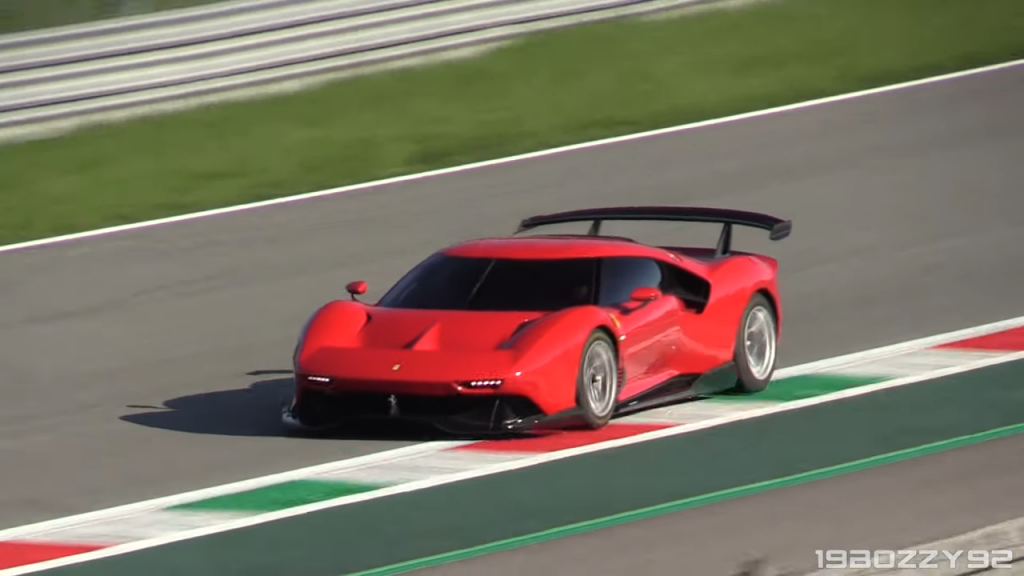 Earlier this year in March, Ferrari’s Special Projects division revealed their latest creation called the P80/C which is basically an even more hardcore Ferrari 488 GT3.

It took inspiration from the 1966 Dino 206 S as well as the 330 P3/P4 and thanks to YouTuber 19Bozzy92, we now get our first look at the one-off hitting the Monza Circuit for some filming.

Unfortunately, we don’t get to see the car driven anywhere near the limit but it is our first opportunity to hear it and it sounds rather promising and very racecar orientated (as it should).

While the P80/C may use the chassis of the 488 GT3, it looks totally unlike it. At the front, there is a low, short, and stubby nose that includes small LED headlights and a bold splitter. The sides feature a series of aggressive aerodynamic components, with the most prominent being the carbon fibre skirts, while a huge wing, tiny taillights, and a diffuser almost as crazy as what’s found on the FXX K Evo dominate the rear end.

Push play and let us know what you think in the comments below.