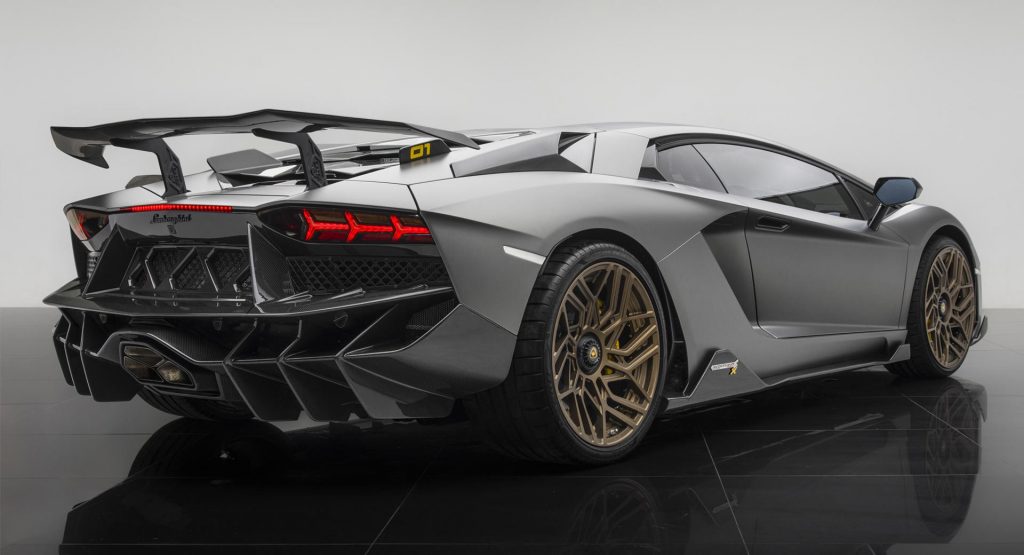 Lamborghini is very much known for their rather out there and crazy designs, particularly with their V12 flagships. The Aventador S is no exception, and so it is difficult to fathom how the Aventador S’s design could get any more bonkers. Well, the people at Onyx are here to prove us wrong with their new package for the Aventador called the SX.

Probably the most striking aspect of this car is the rear. It is difficult to miss the new, beautifully sculpted rear wing which adds to the aggression of the Aventador. Of course, what would a body kit be without more carbon fibre goodies? In addition to the wing, we have a new carbon rear diffuser and carbon engine cover with two small winglets on each side.

The front of the Aventador S has also received some love from Onyx. Most evident is the newly designed front bonnet with a few air vents to make it a bit more different which, at first glance, does look a bit like the front of the SVJ. Of course, carbon fibre is present here too with a new front splitter.

On the side of the car, you can see some added side skirts for added aggression. Onyx has also given their SX package some new wheels to make this car stand out just that little bit more. The company hasn’t fettled or changed the Aventador’s engine. That means it still pushes out 730 horsepower (544 kW) and 609 Nm of torque from its glorious 6.5-litre, naturally-aspirated V12.

SVJ looks on a budget? Well, it certainly seems so!