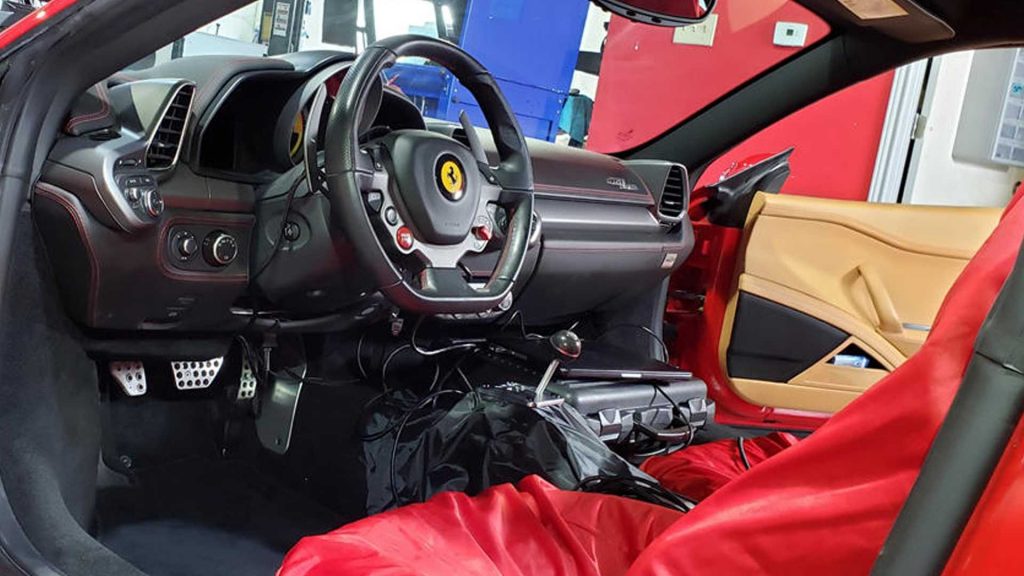 The last car that Ferrari offered with a manual gearbox was the original California back in 2008. However, only a handful of those were produced. From then on, all Ferraris were only offered with paddle shifts mainly due to lack of sales with the manual option, but also in the pursuit of performance to a lesser extent. The 458 Italia, therefore, never had the option for a manual ’box. That is, up until now because a company in Texas will be converting only a few dual-clutch 458s into a manual transmission.

The European Auto Group (EAG) is not unfamiliar in converting formerly flappy paddle cars into ones with three pedals. They were responsible for taking a 430 Scuderia not too long ago and dropping in a manual to much approval of the internet. Doing the same with a 458, though, is a bit more complicated because while the 430 was offered with a manual gearbox, the 458 was not. As a result, EAG had to sniff out a transmission from an outside source. Unfortunately, not many of these gearboxes exist so 10, maybe 11 of these gated shift, manual gearbox 458s will be produced.

As you would imagine, this project is rather time-consuming, so production of these very desirable manual 458s will begin at the start of 2020. Are you a Lambo fan? Then you will be excited to hear that the company’s CEO, Art Bartosik, isn’t ruling out a manual Lamborghini Huracán in the future too.