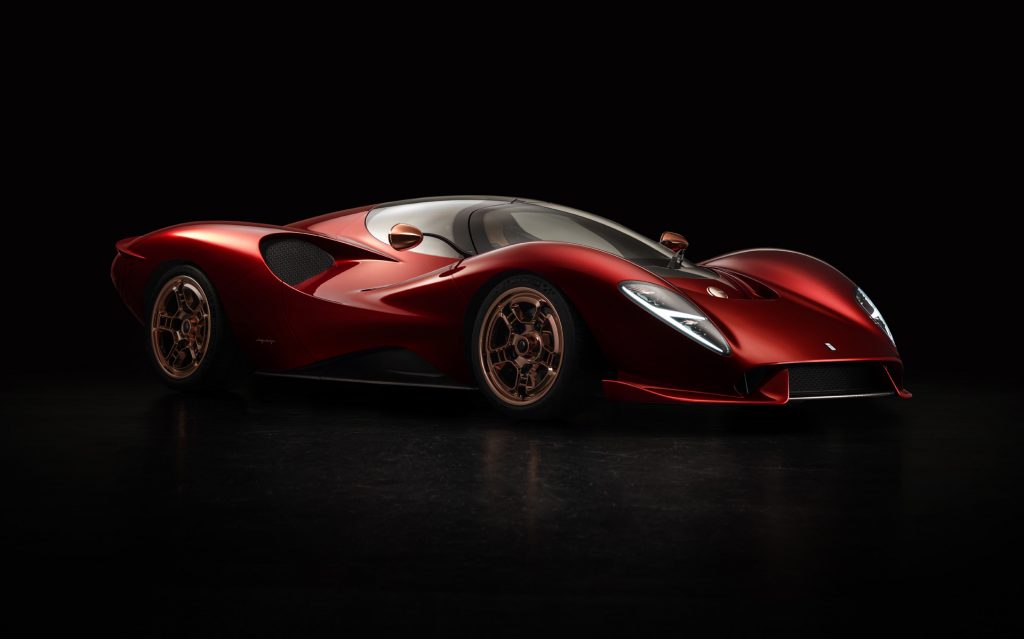 Back in 1964, Alejandro DeTomaso teamed up with Carroll Shelby and Peter Brock to create the DeTomaso P70 prototype. With an American-built Cobra V8, DeTomaso is definitely one of the most iconic names in the industry. For many years, however, the DeTomaso name has been rather stagnant, only really being remembered by the Pantera but that is all set to change with the revealing of the P72.

The car will be debuting at Goodwood this weekend and will be based on the chassis of the Apollo Intensa Emozione. The company was taken over by a man called Norman Choi in 2014 and has been putting a lot of thought into building this new car.

“We digested, we read, we studied. We learned more and more about Alejandro and the incredible achievements that he had attained. In reality, when most people hear the word DeTomaso, the only thing that comes to mind is the Pantera. This is a true icon and the most successful car of the brand. However, our approach is not solely product driven, it is driven by history and the brand,” said Choi speaking to The Drive.

Despite it being based on the Apollo IE, it will very much be a different car. The P72 will be given a manual transmission and by looking at the pictures, will be much more GT-esque in nature. Engine details and performance figures have not been announced yet, but only 72 units will be made and will set you back €750 000 (approx. R11.8 million).

Jowyn Wong, the man responsible for the design of the car had this to say: “We intentionally incorporated a distinctive aerodynamically optimized body for performance. And to modernize the aesthetics, while the classic wing mirrors and front emblem cap pays homage to the P70.”

“Beneath the surface, the interior showcases an elaborated combination of design and exotic materials. Polished copper and diamond pattern detailing adorn the cabin, fashioning a true sense of drama and occasion. The classically designed switchgear and circular analogue display dials take inspiration from the timeless design themes of the ‘60s and ‘70s.”

It sure is exciting to see the DeTomaso name being brought back, and by the looks of things, it most certainly won’t disappoint.