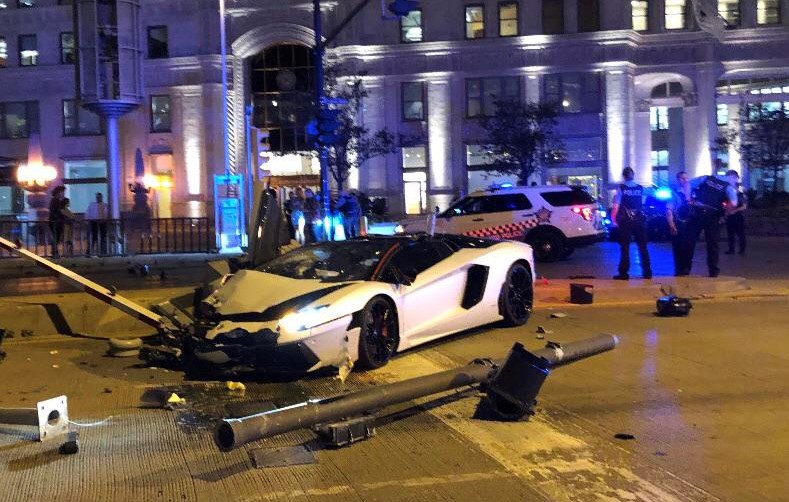 This past Saturday around 4:00 in Chicago the driver of this white Lamborghini Aventador Pirelli Edition Roadster collided with a police cruiser at high speed.

Police say that the Aventador ran a red light and struck a police cruiser which was driving through an intersection. The officer involved was sent to the hospital where he was treated and released.