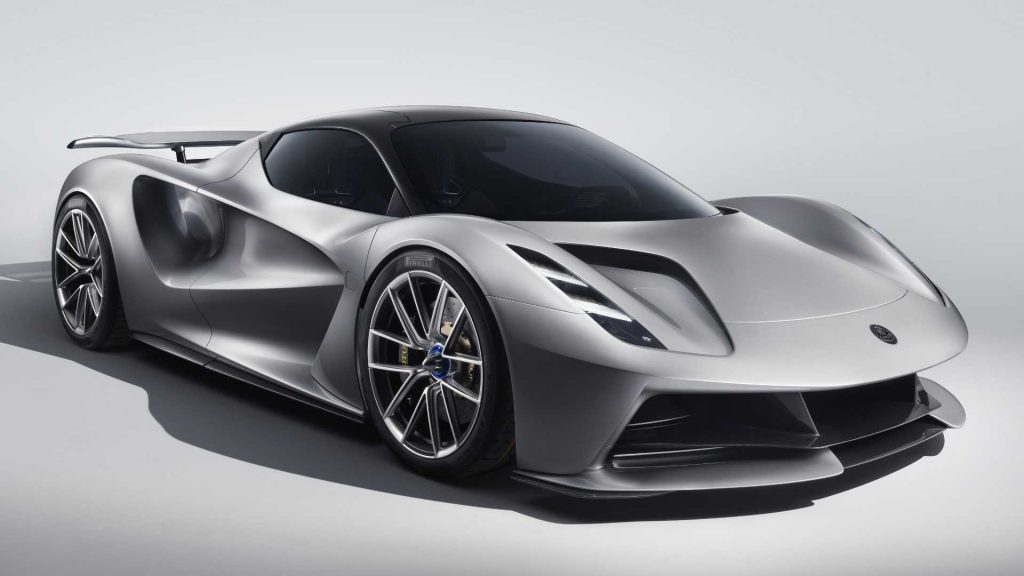 In recent times, Lotus has been on the down-low. They have only really stuck with their two models the Evora and the Exige. Last night, however, Lotus launched a brand new hyper (thanks to a hefty investment from Chinese owners, Geely) and boy are they back with a bang. The new British, all-electric hypercar has been christened the Evija (pronounced eev-eye-ya) and the headline figures are rather impressive.

Considering that the car has four electric motors, the weight of Evija isn’t that bad. Topping the scales at 1 680 kilograms, it certainly isn’t the lightest hypercar, but thanks to its carbon fibre monocoque chassis, Lotus have managed to keep the weight as low as possible. You’ll be able to choose from five driving modes too: Range, City, Tour, Sport and Track.

Now, let’s address the elephant in the room. What kind of range are we talking about? If Lotus are to be believed, worrying about the range of your electric car is a thing of the past. The range Lotus are aiming for the Evija is about 400 kilometres. But wait, there’s more. Lotus are also saying that the car will be able to be recharged in simply nine minutes. This all sounds good and well, but that rate of charging requires an 800 kW charger and that, unfortunately, doesn’t exist yet. The best you’ll be able to get currently is a 350 kW charger. Even so, that will charge the Evija up to 80 percent in 12 minutes.

There are a few other cool features Lotus are adding to their new creation. This is set to be the first production car to make use of lasers for headlights. Mirrors are a thing of the past too as the Evija will make use of cameras to assist you at looking backwards. The car’s butterfly doors will also be opened and closed electrically through the key fob.

The Evija will, unfortunately, only be limited to 130 units. The price? Lotus are aiming at you parting with between €1.5 million and €2 million (approx. R23.5 million to R31 million). While all this is still hypothetical, it is definitely a very encouraging indicator that Lotus is back in business.