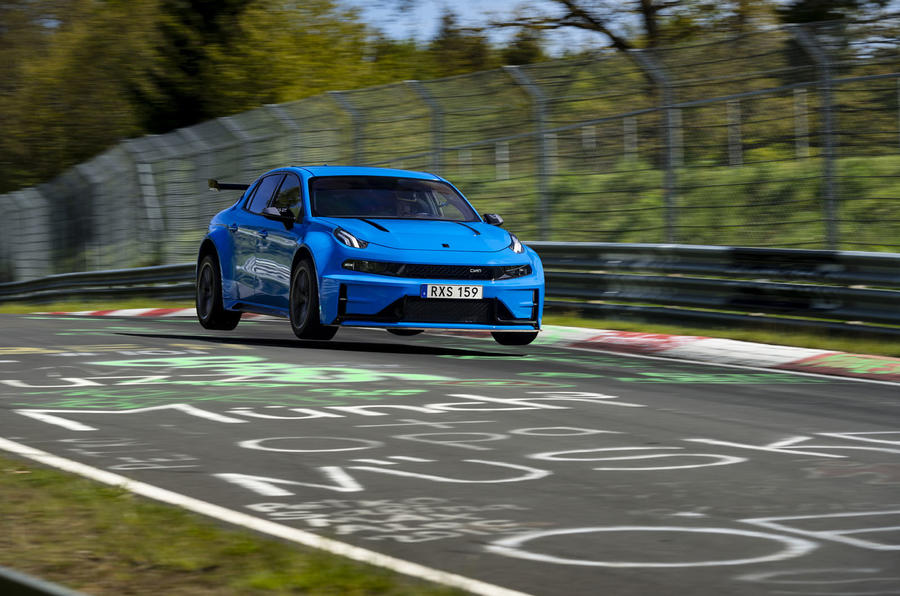 When you think of fast four-doors, you would probably think of the BMW M5 Competition or Mercedes-AMG E63 S but World Touring Car team Cyan Racing claims to be the quickest with its Lynk&Co 03 Cyan Concept.

The car managed to lap the Nürburgring in 7:20.143 which is a 3-second improvement over the Jaguar XE SV Project 8 lap record. However, the Jag was in full production guise while this model is still a “mass production-based” concept.

The other impressive aspect is that the car is front-wheel drive which means it is the fastest FWD car to lap the ‘Ring too. The previous fastest front-wheel-drive record was held by the Renault Mégane RS Trophy R, which set a time of 7:40.1 ahead of its launch earlier this year.

Henrik Fries, Cyan Racing’s head of automotive R&D, said: “While our main purpose for the many laps on the Nürburgring Nordschleife is development, the records that we broke are a true testament to the potential and capabilities of the Lynk&Co platform, as well as our engineering philosophy from more than two decades of motorsport and road car performance.”