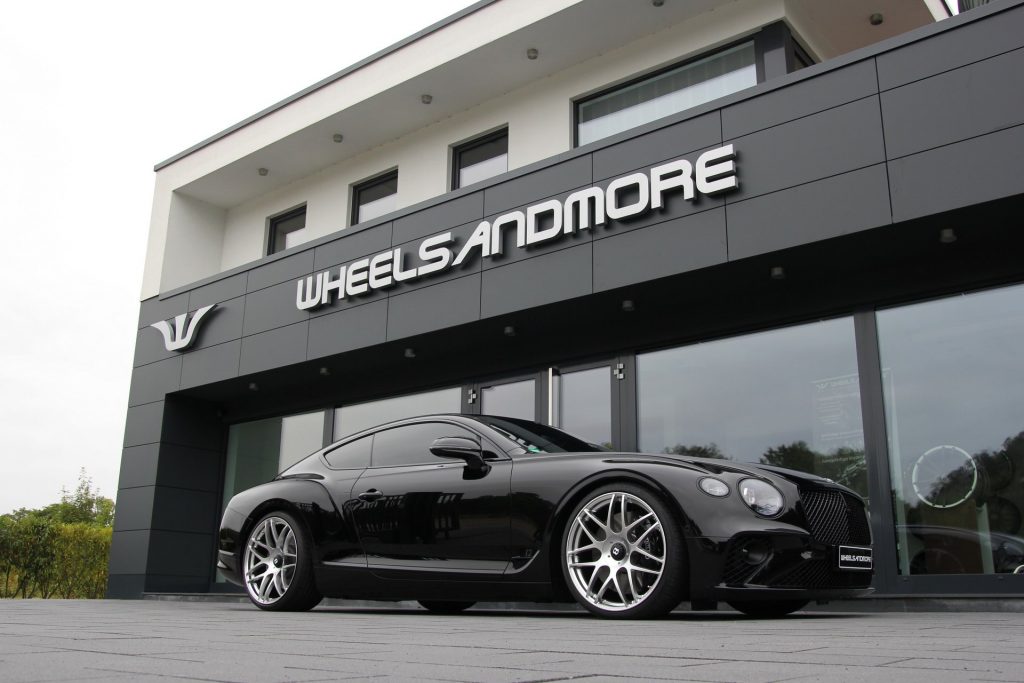 As its name suggests, the Bentley Continental GT is more of a gentleman’s high altitude cruiser rather than a boy racer’s thoroughbred. Nonetheless, it is powered by a 6.0-litre twin-turbo W12 engine which churns out 626 hp (467 kW) and 900 Nm. While these numbers sound quite potent, German tuner Wheelsandmore thought it would be a good idea to design a two-stage tuning programme for the luxury coupe.

It’s not unusual for tuning companies to try their hand at customizing Bentley products, but the tuning packages are rarely focused making the cars faster. A few months ago Startech had its take on the Conti GT but the modifications were more about aesthetics. Now the guys at Wheelsandmore have done the opposite. With performance being a focal point in their tuning programmes, Wheelsandmore reckon they’ve made “a real Porsche killer” in terms of straight line performance.

The modifications include an upgraded exhaust system which is said to deliver a “rich, dull rumble” that fits the natural character of the Bentley. Wheelsandmore has also equipped the car with a custom plug-and-play lowering module that can be operated via a smartphone (app available to both Android and iOS). Furthermore, as you can probably see from the pictures, the Bentley Continental GT has been slapped with a set of 22-inch Y-spoke design wheels available either in silver or black.

Also worth mentioning is that with the Stage 2 package, the Bentley Continental GT hits three digits from standstill in around 3.2 seconds and can go onto a top speed of 343 km/h.