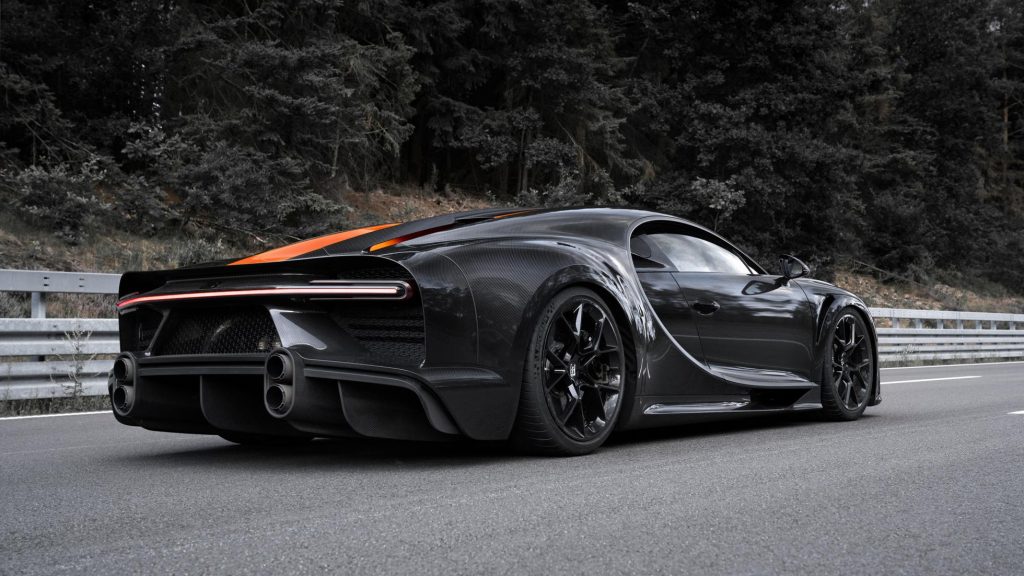 Bugatti has announced that they will no longer be chasing speed records but a further press release from the manufacturer says the Longtail Chiron has what it takes to reach higher speeds.

Unlocking the extra speed all depends on location said the manufacturer. Bugatti decided to go with Ehra-Lessien because they believe it’s the safest location in the world to conduct such top speed runs thanks to the 21 km (13 mile) track with its three lanes, crash barriers, and rescue services at north and south ends. Before each test, the carriageway is cleaned by using special mats.

This track sits at just 50 meters (164 ft) above sea level and by comparison, the Nevada highway where Koenigsegg set several records in their Agera RS sits at 1,036 m (3,400 ft) above sea level. Bugatti has pointed out that the higher the track is located, the less the aerodynamic drag will be since the air pressure and air density decrease the higher you go.

The Molsheim manufacturer took it upon themselves to do some maths and they say that the Longtail creation would have been able to 320 mph (515 km/h) on the Nevada State Road according to the head of development Stefan Ellrott.

‘Our calculations have shown that we would have been around 25 km/h faster in Nevada,’ says Stefan Ellrott. But Bugatti decided against this option nonetheless. ‘Safety comes first at Bugatti. The route in Nevada is very long and only goes in one direction: security forces would have taken too long to get to the scene in an emergency. In addition, the track has a slight gradient of about three percent. It wouldn’t have felt right to set a record there.’

Will we see a production version of this car? That is almost a definite so let’s hope one of these owners takes it to Nevada to see what it has got.