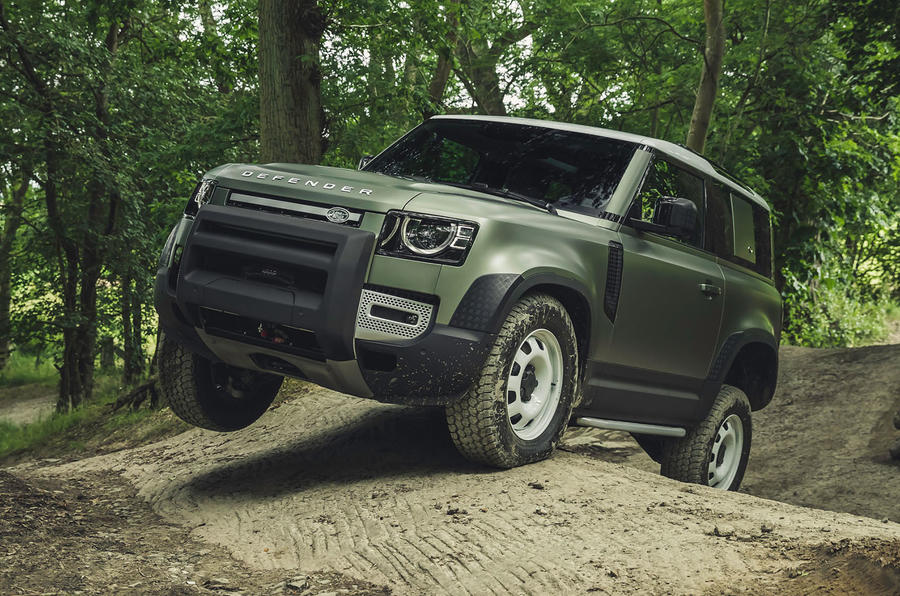 The all-new Land Rover Defender has finally been revealed in completely new packaging, much to the delight of Land Rover’s loyal fan base.

Inside the 110 you get a five, six or 5 + 2 seating configurations whilst the 90 can seat six people with the ‘jump seat’ that pops up in the front row like the Land Rovers of old.

The new Defender will feature permanent all-wheel drive with a twin-speed gearbox. The centre differential will be standard but you can opt for an Active Locking rear diff as an extra.

The new Configurable Terrain Response system will allow off-roaders to fine-tune vehicle settings to suit the conditions of the road.

Defender fans would not be happy if Land Rover designers strayed too far from the original so they kept the boxy robust looks in the design language.

Inside you will see a substantial improvement to the 21st century as it is now on par with modern Land Rover standards (and those are good). Software updates will even happen over the air.

The new Defender will be offered in S, SE, HSE and the range-topping X trim grades.