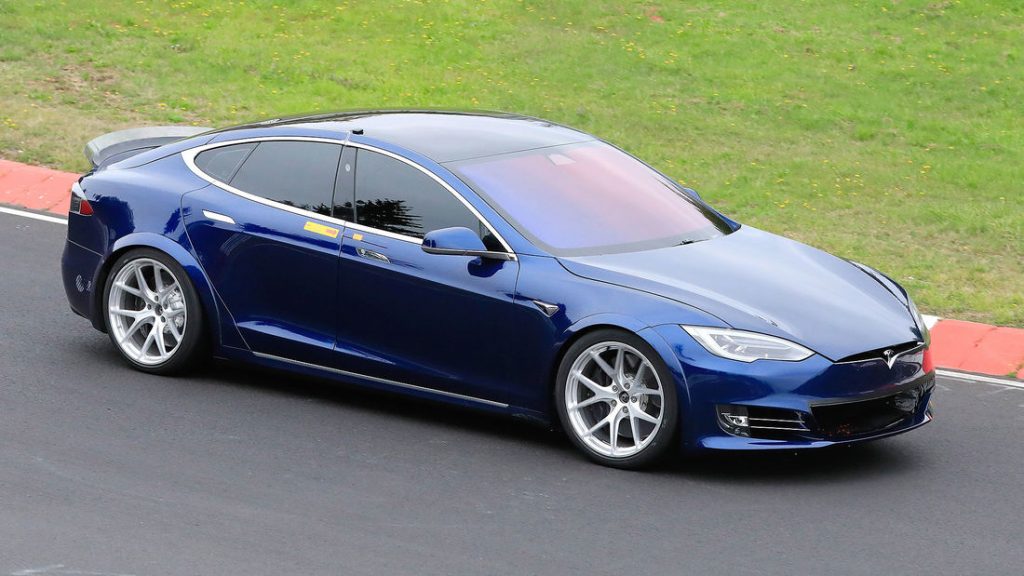 It is no secret that Porsche and their Taycan annoyed Tesla’s Elon Musk with their naming strategy but it seems he is out to prove a point with the Model S.

According to photographer Stefan Baldauf who witnessed the test session, the blue Tesla Model S (seen above) did an unofficial lap time of approximately 7 minutes and 23 seconds, about 19 seconds faster than the Porsche Taycan time of 7 minutes and 42 seconds, which is most certainly a record for four-door electric sedans.

“I took the first lap times today and the fastest I could [record] by hand was a 7:23,” Baldauf advised in an email. “The weather conditions today were rather cool with 18 degrees [Celsius] and heavy cloud cover,” he added.

Before we get ahead of ourselves, let us not forget that this is no regular Model S being tested and is actually quite far from the production vehicle. Besides packing a three-motor powertrain (apparently called Plaid) that’s expected to become available next year, both Model S chassis prototypes feature a different suspension, larger wheels with grippy Michelin Cup 2 R tyres, carbon-ceramic brakes, wider fenders, a new lip spoiler for the tailgate and of course the obligatory roll cage.

Nothing official just yet but it seems the upgraded Tesla Model S will become four-door EV King of the Ring pretty soon!