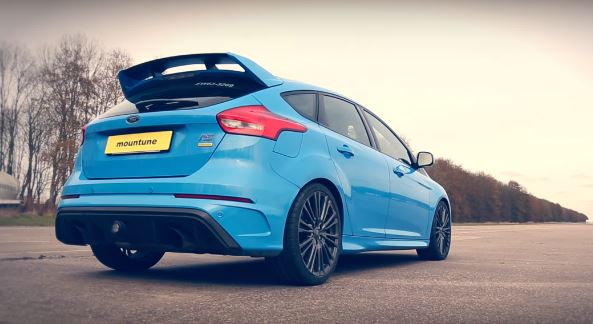 Mountune in the United States now reckons it has created the highest output direct-injection four-cylinder known to man off using Ford’s 2.3-litre EcoBoost.

If you watch the test video below you will see the power peaks at about 6,900 rpm, while torque on the graph is shown to top out at 566 lb-ft (767 Nm) at just over 5,500rpm. Those are some seriously impressive numbers and to think that people still doubt the strength of the EcoBoost block after that head gasket production issue of 2016.

Many Ford Focus RS owners will be frothing to crank their hot hatch to this sort of level but at this stage, it is not yet clear if Mountune will be offering this upgrade to customers or if they are just testing the Ford four-cylinder.