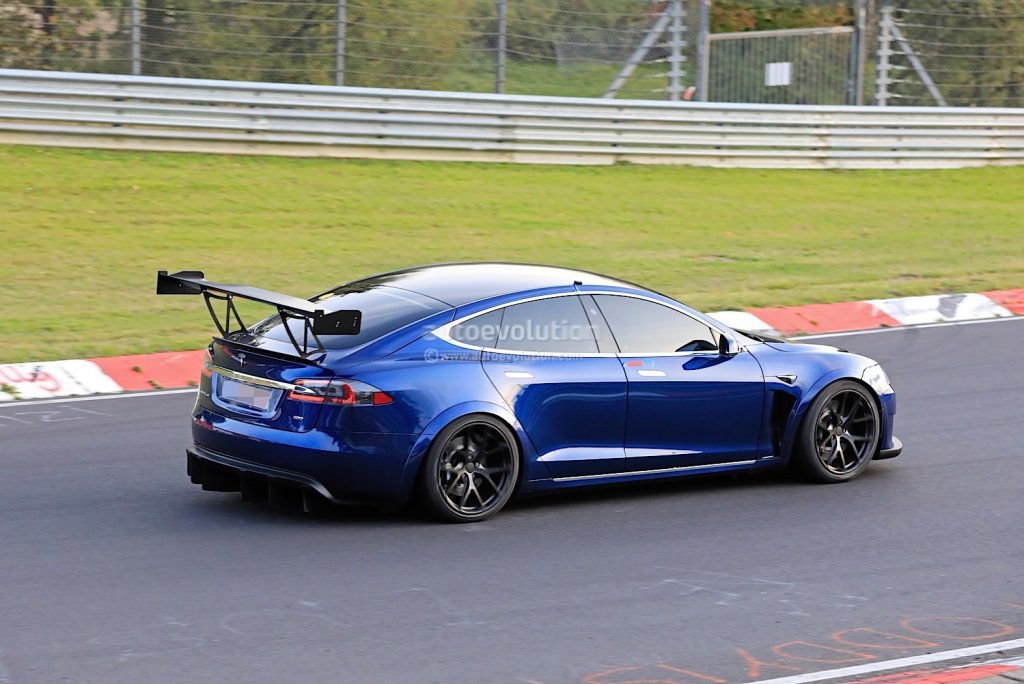 Fast forward to more recent times and some more prototypes are back sporting some significant changes. Firstly there is an enormous rear diffuser at the back and now some recent shots show a giant rear wing for added downforce.

We know Elon Musk is keen on setting an official record but these are highly modified cars from the production versions we all know. Musk confirmed on Twitter that the “final configuration used at Nürburgring to set the record will go into production around summer”

This story develops all the time but we are confident that Tesla will eclipse the Taycan Turbo when it does set an official lap time.

It’s neat to see Tesla bringing the fight to Porsche with such dedication like this, but we’ll reserve final judgement until a Model S like this hits the streets in production form. Until then, they’re prototypes with a story that we’ll eagerly follow.