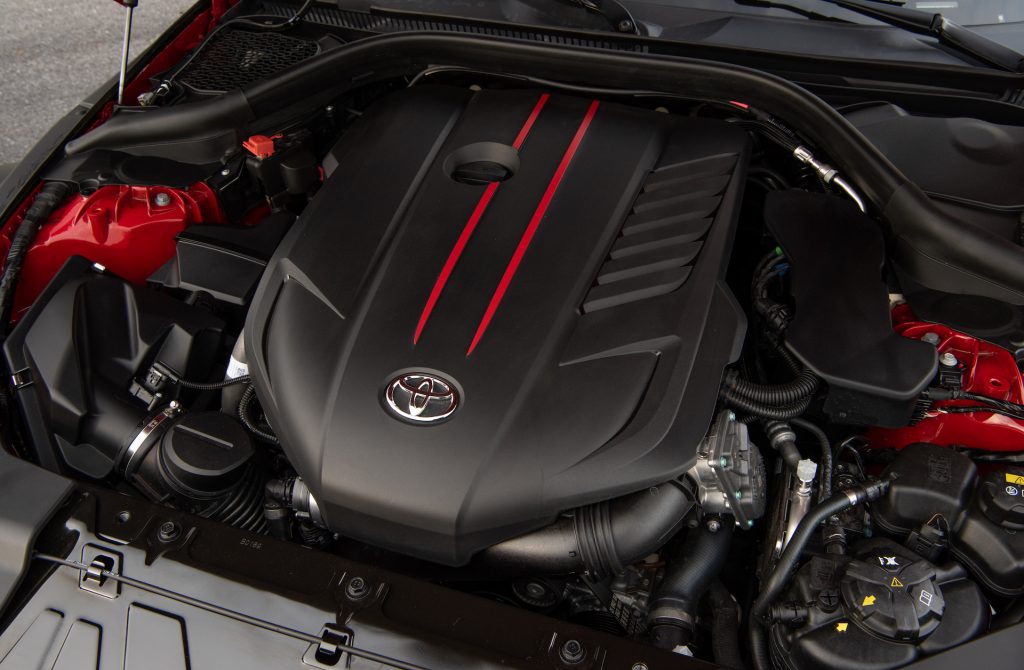 Last month the crew from Papadakis Racing shared a video on YouTube of the B58 (BMW) Toyota Supra engine teardown (see last video below) where they estimated that it could be upgraded to produce as much as 1,000 hp (746 kW).

Now they have just released the video of the engine assembly and not only is it quite soothing to watch, but it also details all the upgraded parts (see the second video below) and as you can imagine, there are quite a few of them.

The bulk of the changes come in the rebuilt head with improved porting and upgraded valvetrain components. During the teardown phase, it was mentioned that the engine seemed well-built to handle big power from the factory, and this head gasket is part of BMW’s magic. However, a custom set of upgraded head studs were used so the head could be torqued to the block just a bit tighter.

The next step for this project is to see whether the work paid off. It’s slated for dyno testing in the near future, and we’ll share that video as soon as it posts.