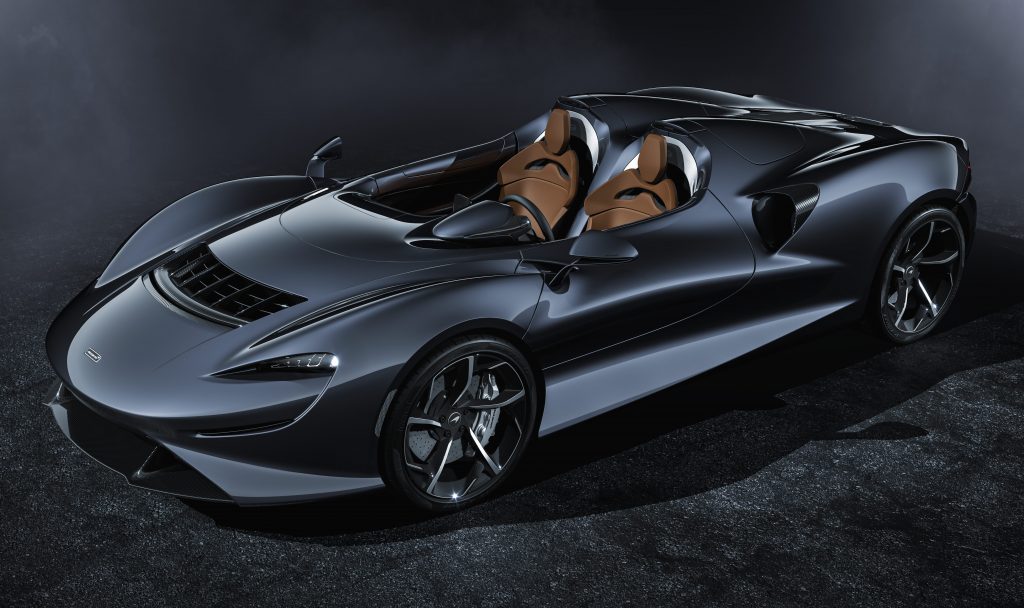 McLaren Automotive shared a teaser image of their new Speedster joining the Ultimate Series lineup and now we have the official information and photos of their lightest ever road car.

The McLaren Elva joins the Ultimate Series models each of which has been designed with a specific purpose. The Speedtail was designed to cover long distances at substantial speeds and in comfort, the Senna’s aim is to lap race tracks at the fastest speed possible, and the Elva is all about delivering peak driving enjoyment.

The Elva is based on the McLaren-Elva M1A* racing car and it too has no roof, windscreen or side windows. There are, however, a tiny pair of doors to make climbing in and out a little easier. To avoid buffetting at speed, the Elva uses a retractable wind deflector that channels air from the front air dam, through the clamshell bonnet and over the heads of the occupants. But if you prefer having a little extra protection from the elements, McLaren will offer a conventional screen, too.

The Elva matches its style and speed with surprising functionality, too, and the interior includes an 8.0-inch touchscreen infotainment system, while the rear tonneau hides a storage space capable of holding two helmets.

With a starting price of £1,425,000 and a 399-unit production limit, the latest McLaren Ultimate Series model’s cost of entry and rarity is as jaw-dropping as its design and performance. Look for deliveries of the Elva to begin near the end of 2020.

*a Bruce McLaren-designed racing car that competed to Group 7 regulations in international motorsport in the 1960s and ‘70s.

**achieved through a combination of improved cooling and a new lightweight exhaust system crafted from Inconel and titanium.

McLaren
Share. Facebook Email Twitter LinkedIn WhatsApp Telegram
Previous ArticleMost Expensive SUV In The World Is The Grotesque Karlmann King
Next Article A to Z Guide To The Kyalami 9 Hour