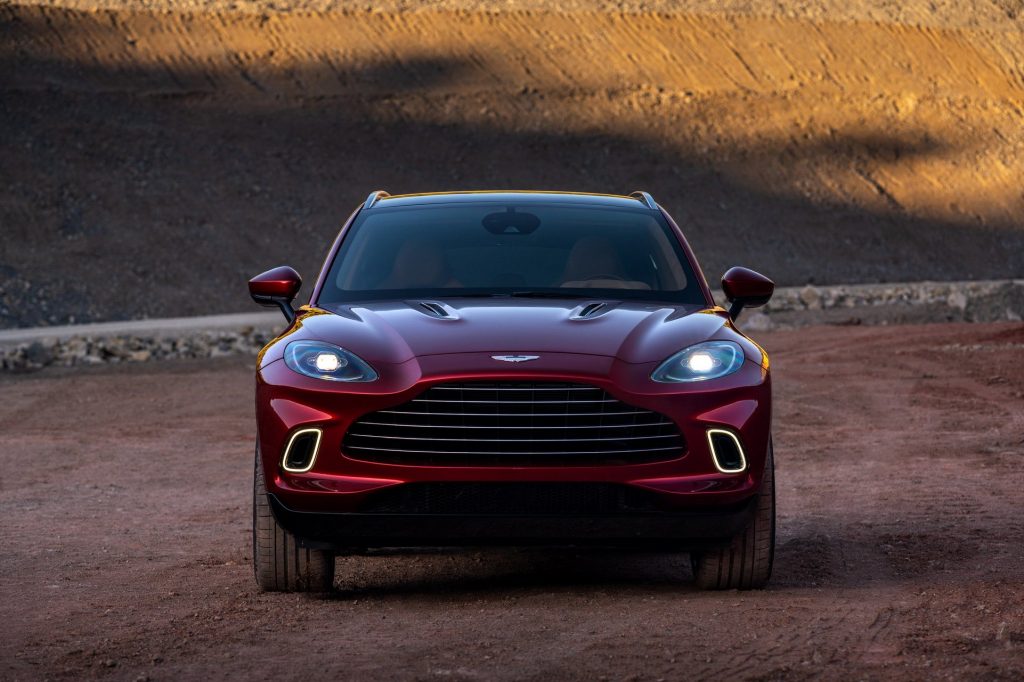 Let’s start with the headline figures. The DBX will make use of Aston’s AMG-sourced twin-turbo, 4.0-litre V8 that can also be found in the Vantage and DB11 V8. In terms of power, 542 horses (404 kW), as well as 700 Nm of torque will ensure you can take your DBX across any terrain with great speed.

In fact, the top speed of the DBX will be a smidge under 300 km/h, coming in at 291 km/h. Aston’s SUV will deal with the 0-100km/h sprint in 4.5 seconds, which is not too shabby considering it tops the scales at 2 245 kilograms. Of course, the car will feature a 4-wheel drive system which is accompanied by a 9-speed automatic gearbox.

Of course, one of the key things that makes an SUV appealing is its practicality. If you’re looking to pack many things in the boot, Aston has made sure you won’t struggle with space. The rear capacity of the DBX comes in at 832 litres and can increase to 1 540 litres if you fold down the 2nd row of seats. The DBX’s rear seats also feature a 40:20:40 split configuration for if you want to grab something in the back.

The DBX comes equipped with a full-length panoramic sunroof which will no doubt make the interior seem even more spacious. In terms of infotainment technology, you will find a 10.25-inch screen in the centre console and a 12.3-inch digital instrument binnacle for the driver. Apple CarPlay is a standard option as is a 360-degree view camera.

The DBX marks another big chapter in Aston Martin’s 106-year existence. An entirely new factory has been built in Wales specifically for DBX production. Chief Executive Officer of Aston Martin, Andy Palmer, said, “DBX is a car that will give many people their first experience of Aston Martin ownership. As such it needed to be true to the core values established in our sports cars, while also providing the lifestyle versatility expected of a luxury SUV. To have produced such a beautiful, hand-built, yet technologically advanced car is a proud moment for Aston Martin.”

While we are waiting for official South African pricing for the DBX, you can expect a base price of around R3.5 million. The first South African deliveries are expected to arrive in the 3rd quarter of 2020.