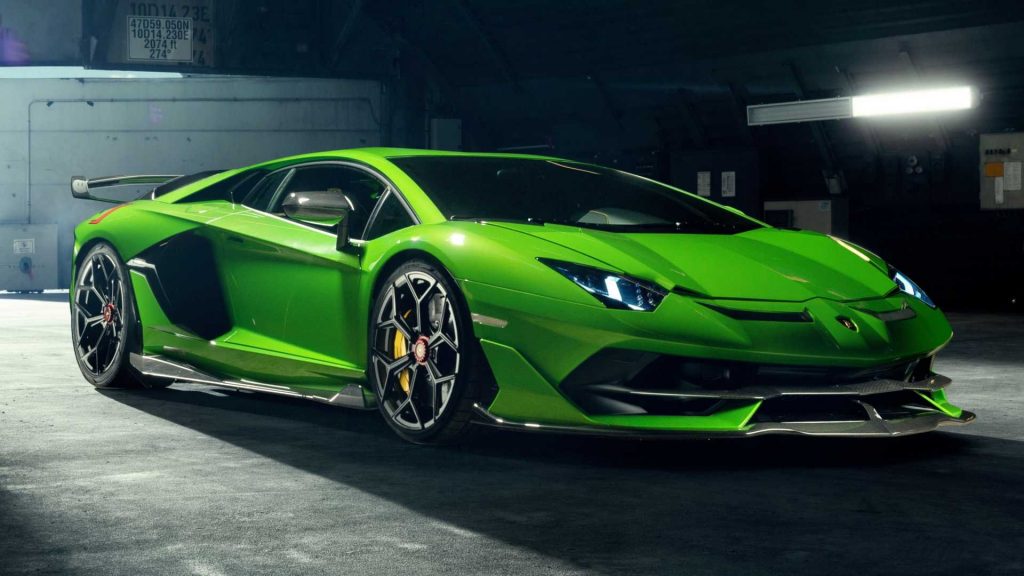 The Lamborghini SVJ is a lighter, angrier version of the Aventador S but the folks from Novitec have put it on a further diet to give it a little edge over the standard offering.

It ultimately took off 19 kilograms which was achieved by swapping out the stock exhaust system and replacing it with a custom stainless setup developed by Novitec with or without actively controlled flaps to modify the V12’s soundtrack.

According to the tuner, the naturally aspirated 6.5-litre mill breathes better now and delivers a more exciting note throughout the rpm range as you can hear in the video attached at the bottom. Metal catalysts can be had to go with the custom exhaust to achieve the diet and improve performance.

The SVJ did not just get a new exhaust system but also a new set of shoes. The stock wheels are replaced with a forged Centerlock Vossen rim measuring 20 inches at the front and 21 inches at the back. These can be had in one of the 72 colours available and with a brushed or polished finish. In addition, suspension sport springs bring the supercar closer to the road (if that’s even possible) by as much as 35 millimetres.

No power gains here folks but the tuner did sprinkle their magic on the exterior with a front spoiler lip and flaps in the central air intake to enable a meaner look. They also fitted new built-in air ducts and longer air outlets up front, while the side rocker panels attachments in front of the wheel arches further separate it from the standard SVJ.