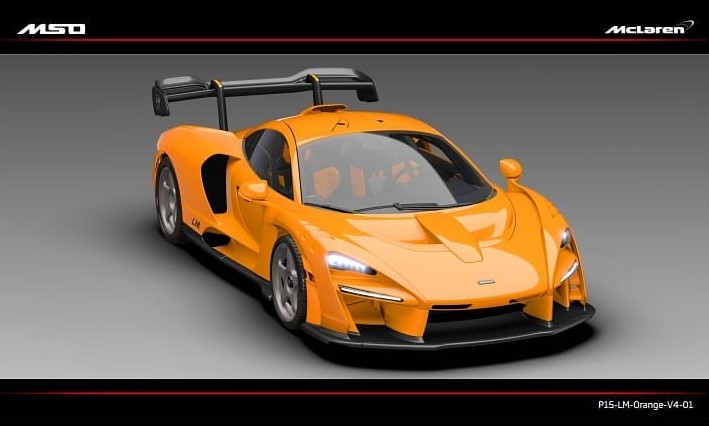 We thought the McLaren Senna GTR was the last Senna variant we would see but the team from McLaren Special Operations (MSO) are not done yet.

The Senna GTR is a track-only version of the track-focused Senna and was never meant to be driven on public roads. Now though, McLaren is offering a street-legal version of the GTR called the Senna LM.

These are the first renderings and if you were hoping the dramatic design of the Senna GTR carried over to the road-legal Senna LM, you will be a little disappointed. The car features the LM-style centre-lock wheels and sports a roof scoop but sadly missing are the double canards at the front, the drastic diffuser and the menacing rear spoiler from the GTR.

Sources have told TheSupercarBlog that it will have Senna GTR performance which probably means the 4.0-litre twin-turbo V8 will produce the same 814 hp (607 kW).

Only 20 will be built each carrying a price tag of £1.3 million before taxes and you can only have it on this special McLaren Orange paint. This colour was used on the original McLaren LM and can also be seen on their Formula 1 cars but we are willing to bet that if you part with more money, you can choose any colour you want.