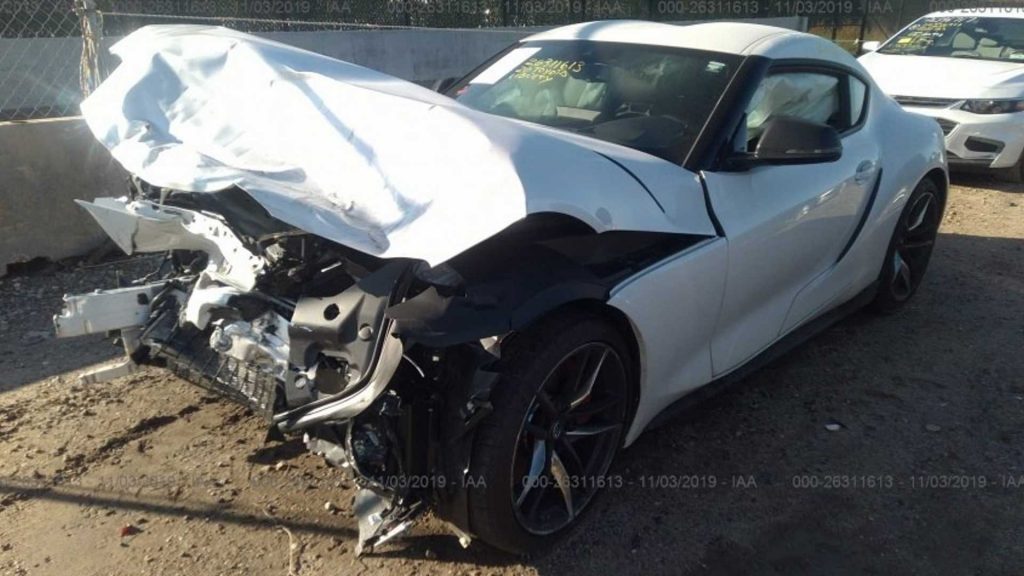 Whenever a new performance or sportscar comes out, it’s usually only a matter of time before one example’s owner runs out of talent, or simply has some bad luck. While the new Toyota Supra is not the most powerful car on the market, 335 horsepower (250 kW) is still enough to ensure the car can get out of shape. Recently, a new 2020 Supra popped up on Iaai.com’s website. The only slight issue is that the front of the car is pretty much written off.

Whoever purchased the car brand new wasn’t even able to enjoy his/her prized possession for that long. According to the website, the car only has 927 kilometres on the clock. While its engine may not have been run in, it most certainly ran into something else.

No information is given regarding what type of accident the car was involved in, but by looking at the interior shots, it’s evident that the crash structure of the Supra seemingly protected the occupants rather well, with only the airbags being deployed.

According to the website, the car is estimated to cost just over $40 000 (approx. R588 000) to fix up, which is more than three quarters of the car’s actual value, so you’ll have to be a very dedicated buyer should you wish to restore the car to its former unwracked glory. That being said, it does offer a good opportunity to use the car as a project of some sort. However, the chances are that the car is destined to be stripped for parts as a donor car.